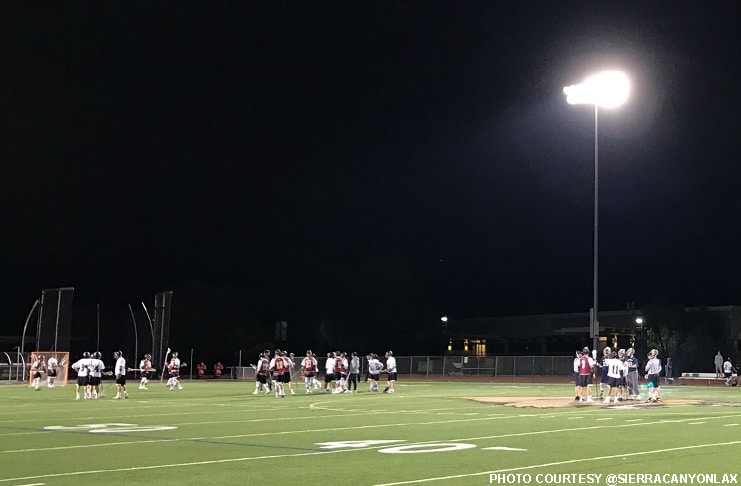 Ninth-ranked Oaks Christian posted its second consecutive win over a ranked opponent Friday, riding a scoring surge late in the second quarter to a 16-10 win over No. 14 Sierra Canyon.

The Lions, (4-0) beat No. 8 Oak Park earlier in the week, led the Trail Blazers only 5-4 with five minutes to play in the first half, but a four-goal burst increased Oaks’ margin to 9-4 at the break. Sierra Canyon wasn’t able to get within three the rest of the way.

Senior attack Lorenzo Santor led the Oaks Christian offense with seven goals and one assist, but he was just one of seven Lions contributing to the scoring: Cort Rogers (3g, 3a), Cade Rogers (2g, 3a), Danny Redell (1g), Carson Campbell (1g), Ronny Redell (1g) and Connor McCleod (1a) all recorded points in the victory.