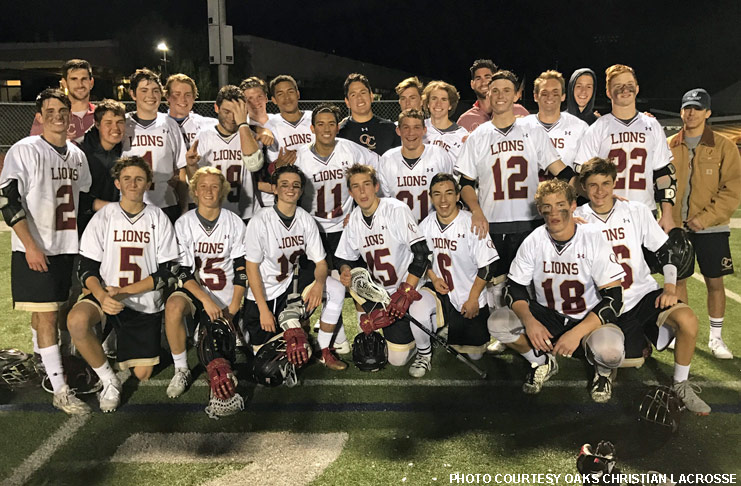 Senior Danny Redell scored late in overtime Friday, lifting No. 6 Oaks Christian to a 9-8 victory over No. 5 Thousand Oaks, the Lancers’ first Marmonte League loss of the season.

Thousand Oaks, which dominated face-offs with Matt Parham at the dot, won possession again to open the overtime session and burned more than two minutes before Oaks Christian goalie James Vils made a save and the Lions cleared. After an Oaks time out with about 45 seconds to play, the Lions cycled the ball around to Redell, who ripped the game-winner.

Redell’s goal, his second of the game, spoiled an impressive performance by Nick Riggio of Thousand Oaks, who scored five of his team’s goals, including the game-tying goal to cap a T.O. comeback.

Riggio finally broke the T.O. scoring drought, making it 8-6, and Will Dutton scored on a extra-man opportunity to pull the Lancers within one at 8-7. Riggio completed the comeback to force the extra session.

Thousand Oaks remains in first place in the Marmonte League with only one loss, followed by Oaks with two losses. Newbury Park, Agoura and Westlake are all 3-3 with four league games to play. League play resumes April 19 after spring break.