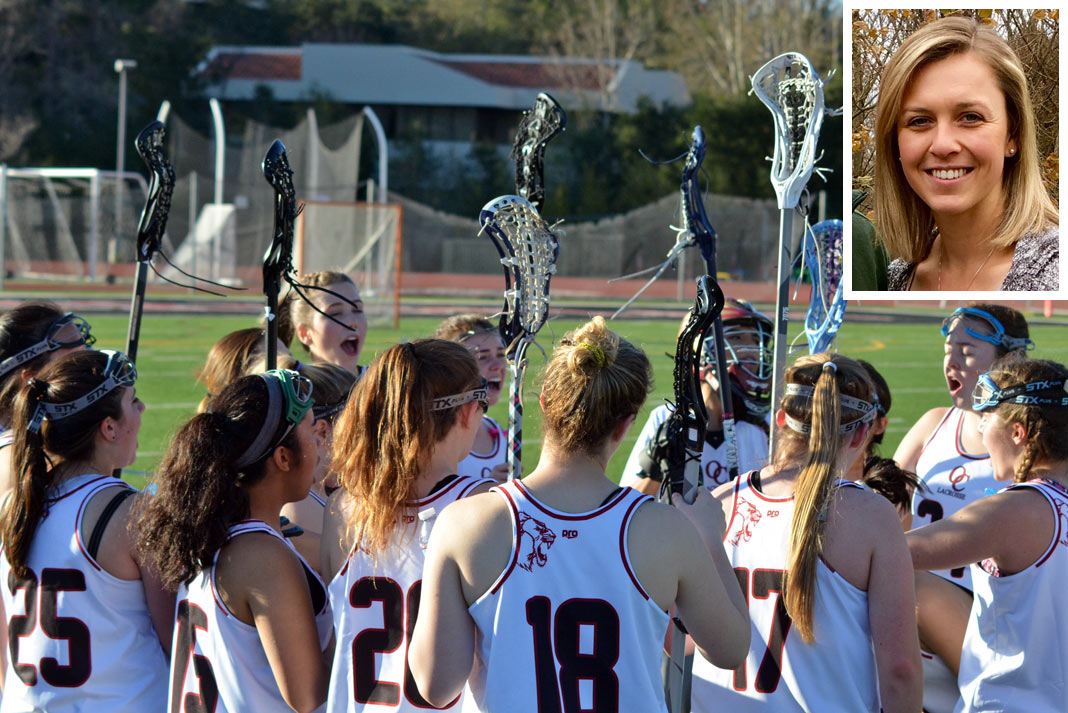 The Oaks Christian girls lacrosse program, coming off a disappointing, injury-plagued 2017 season, announced this week it has hired KC Emerson as head coach.

Emerson, who played collegiately at Johns Hopkins, takes over for Kirstyn Atkinson, who relocated to Orange County and now coaches at Santa Margarita Catholic.

“I think we have found a great fit for our school and program in KC Emerson,” Oaks program director Geoff Sebold said via email, “and [we] will have an excellent core group of young players playing this season who will only get better with game time and practice. The addition of the MS program will of course help going forward.

“Our main goal this year is to establish a solid culture of team, hard work, sportsmanship, respect for players and officials and playing with class and dignity — all basic tenets of ‘The Fastest Game on Two Feet’ and great stuff for young kids to learn. If we win a few games while we do that, all the better.”

Sebold said Oaks will field only a varsity program again this season but hopes the new middle school team will become a feeder to the high school and allow the program to grow.

“That is one of our disadvantages vs. other schools and my best way to rectify the imbalance,” he said of starting the MS team. “There are three other middle schools in the Delphic League that will have teams, as well, so the number of games will be light. We’re hoping other schools will follow suit and grow the schedule for 2019.”

From the school’s announcement:

“KC Emerson is very excited to be joining the OCS Lacrosse Staff and to have the opportunity to coach lacrosse on a Christ-based platform. KC attended Johns Hopkins University in Baltimore, MD, where she graduated in 2015 with a B.A. in Economics. KC played lacrosse for four years at Hopkins as a goalkeeper and received the honors of IWLCA Academic Honor Roll, team captain and IWLCA Second- Team Regional All-American during her college career. She served as the president of the Hopkins Fellowship of Christian Athletes and volunteered with FCA Lacrosse frequently, coaching camps and summer tournaments. She also coached five summer seasons with the M&D Lacrosse Club and many Hopkins Lacrosse camps and clinics. She currently coaches with the Los Angeles Aces Club team as the goalie & defensive coach.”