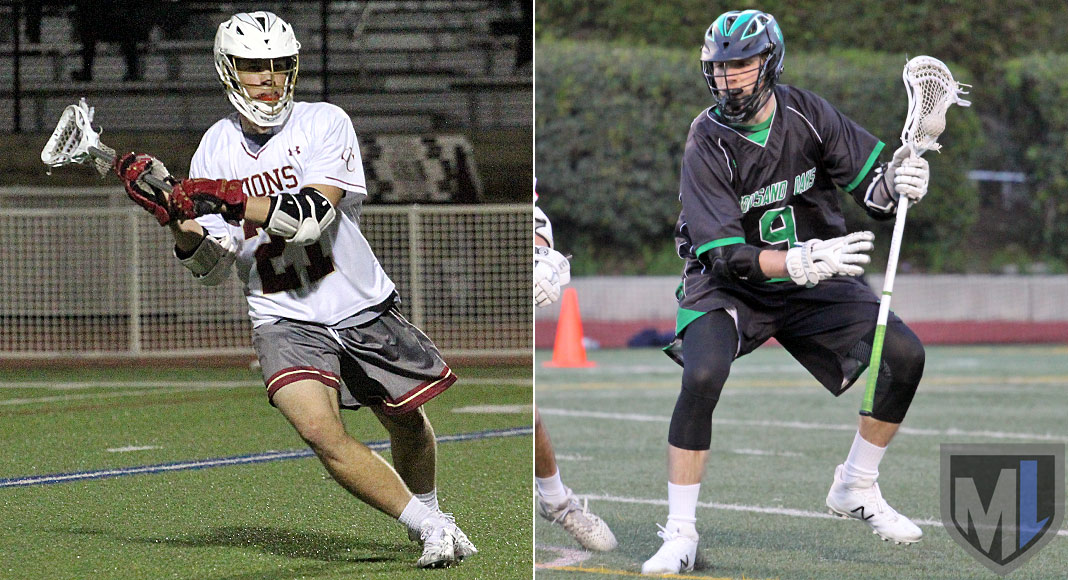 Fifth-ranked Oaks Christian rebounded from its loss to visiting Chaminade last Friday with a 9-7 victory over No. 12 Thousand Oaks on Wednesday in the Marmonte League opener for both teams.

The Lions (4-1) fell behind 2-0 in the early going but recovered and built an 8-4 advantage by the end of the third quarter.

Cade Rogers led Oaks with three goals, and Mike Spaeth and Nate Lenthall each scored two. Cort Rogers had a goal and an assist, and Presley Rieger scored one goal. Goalie James Vils was credited with six saves.

Oaks Christian plays at home Friday against No. 7 Agoura (4-2), which took care of No. 9 Newbury Park 16-5 on Wednesday.

The Lancers have played one of the toughest schedules in the Southern Section thus far. Their six opponents have posted a combined record of 24-6, and their four LA opponents all are ranked in the Top 5 of the US Lacrosse/MaxLaxLA coaches poll.

It doesn’t get any easier, either. After facing No. 6 Westlake on Friday, Thousand Oaks is home against No. 3 Palos Verdes and No. 7 Agoura next week.