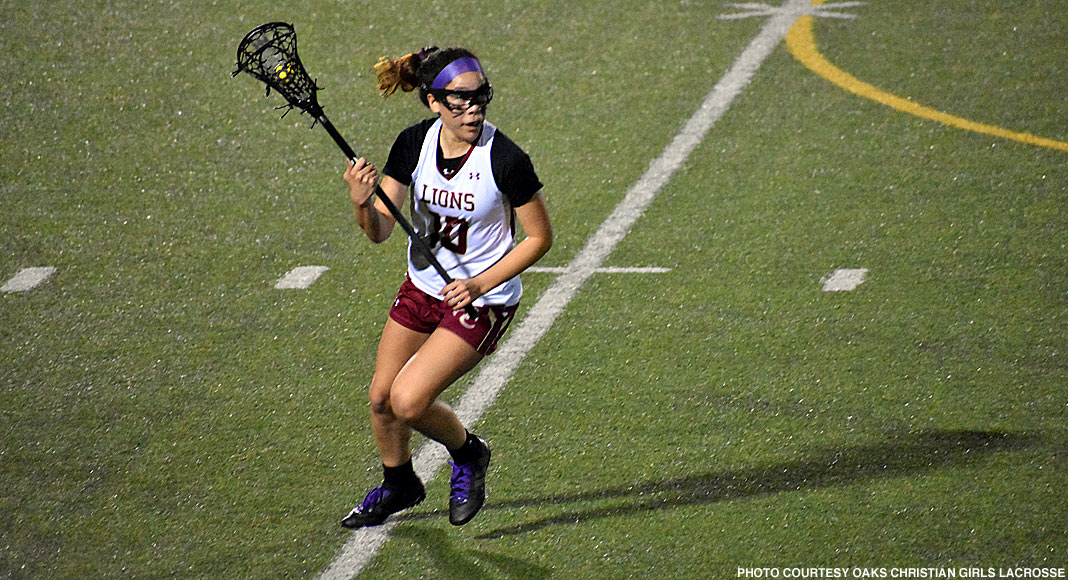 With road victories over Simi Valley and San Marcos last week, the Oaks Christian Lions, ranked No. 17 in the MaxLaxLA preseason coaches poll, improved to 4-0 on the season. It is the best start in program history in the team’s second season under coach KC Weidhass.

Wednesday, the Lions won their third in a row, beating host Simi Valley 9-4 behind four goals from Courtney Vils and two from Nathalie Garcia. Sydney Vroman, Grace Frautchi and Nina McInerney scored one goal each.

Friday, Oaks Christian traveled to Santa Barbara and defeated host San Marcos 16-4. The Royals held the Lions in check for the first five minutes, but Oaks Christian began moving the ball quickly on offense and forcing turnovers on defense and soon opened up an 11-2 halftime lead.

The Lions face perhaps their biggest test of the young season Tuesday when they play host to No. 10 Oak Park.