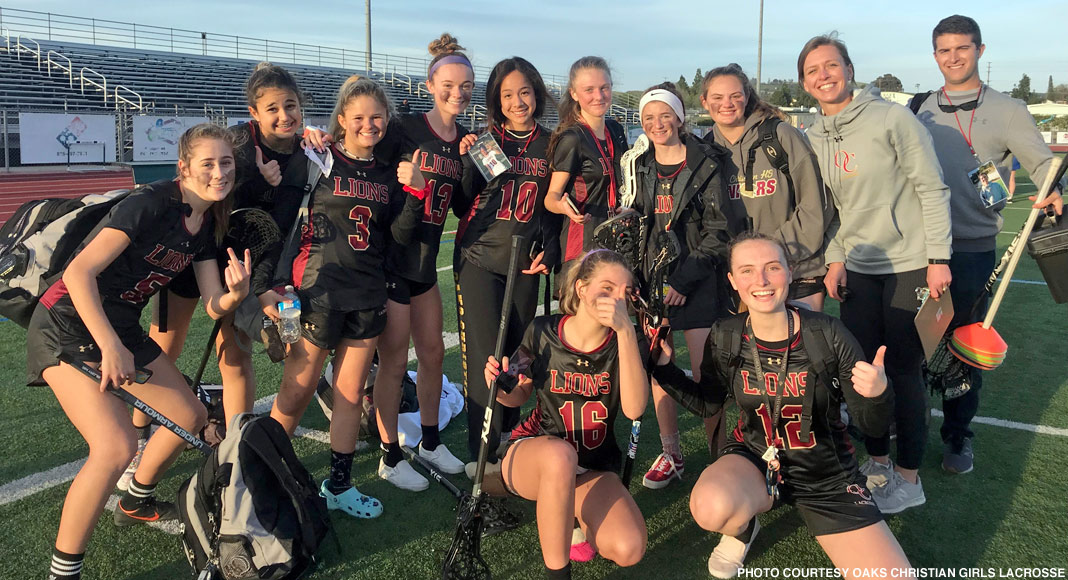 Coming off consecutive losses, the young No. 13 Oaks Christian girls lacrosse team bounced back in a big way Friday, defeating host No. 20 Thousand Oaks 13-5 in their Marmonte League opener to improve to 5-2.

Junior Courntey Vils led Oaks Christian with four goals and an assist, but it was the younger Lions who packed most of the punch for an offense that produced nine assisted goals.

Oaks Christian led 8-4 at halftime, with Thousand Oaks (3-4) staying close behind two first-half goals from Jessica Rickets and one each from Anna Ricketts and Elsa Heath. However, the Lancers could muster only more more in the second half, from Jessica Rickets.

Thousand Oaks plays at Oak Park on Tuesday and at home against No. 9 Newbury Park on Friday.

Information and photo for this report contributed by Oaks Christian Girls Lacrosse.