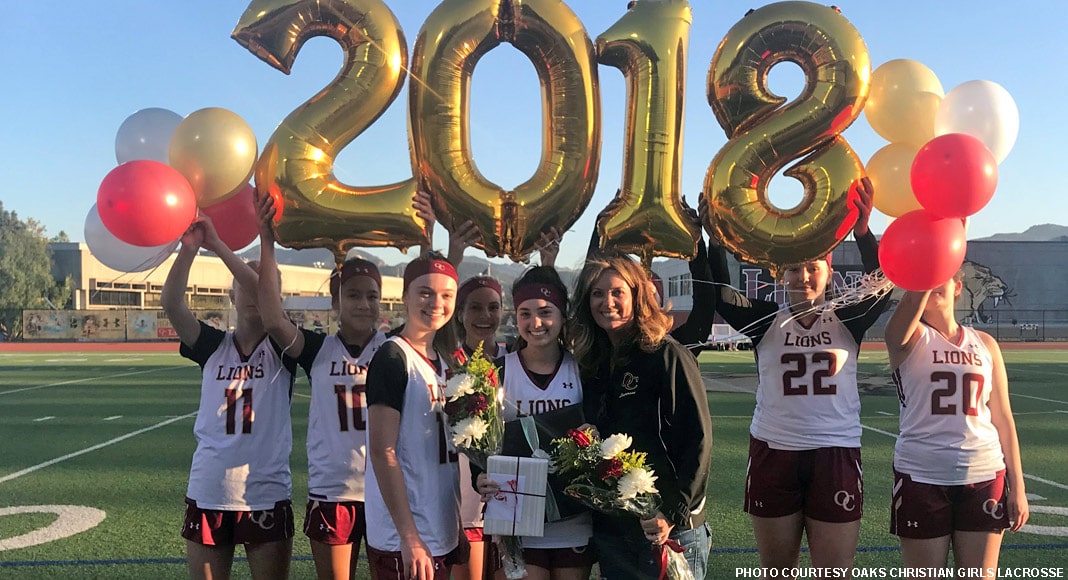 The Oaks Christian girls lacrosse program, in only its fourth year of existence, won the school’s first postseason game Wednesday, defeating El Segundo in the first round of the US Lacrosse LA Girls Postseason Invitational.

The Lions (6-9), seeded No. 1 in the eight-team bracket beat the Eagles 15-4 and advance to the second round where they will face fourth-seeded Thousand Oaks. The Lancers defeated fifth-seed Valencia 16-6. Oaks Christian and Thousand Oaks split their two previous meetings this season, with T.O. winning the first game 7-6 on March 14 and the Lions taking the second one 11-9 on April 13.

Another freshman anchored the Oaks Christian defense, as Grace Frautchi, who only began playing the position last week, made eight saves.