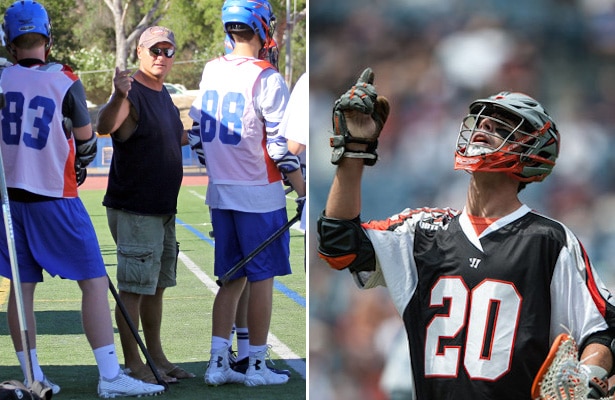 After weeks of speculation, Oaks Christian made it official Thursday, announcing the hiring of Jeremy Sieverts as head men’s lacrosse coach and Geoff Sebold as the school’s Lacrosse Operations Director.

Sieverts, a Maryland alum and four-time Major League Lacrosse all-star as a member of the Denver Outlaws, has been an assistant coach at Orange County power Corona del Mar for the past four seasons.

Sebold is making a return to Oaks Christian, where he founded the boys’ lacrosse program in 2005 and coached for four seasons. He later coached three seasons at Newbury Park and one at Cal-State Channel Islands. He has spent the last two seasons as offensive coordinator at Westlake High School. Last spring, he was named U.S. Lacrosse Assistant Coach of the Year by his Ventura-area colleagues for his work at Westlake.

“With the hire of Jeremy Sieverts and Geoffrey Sebold the future of Oaks Christian looks to be very bright,” OCS Athletic Director Jan Hethcock said in a news release. “I am excited to see our lax program grow for all the right reasons and how Oaks Christian can contribute to the expansion of lax in the Conejo Valley and throughout Southern California.”

While the Lions have fielded a boys lacrosse team since 2005, they launched a girls program only last spring. Girls coach Devin Markle, who played at Vermont from 2007-2010 and coaches with the Buku Lacrosse club out of Orange County, will return in 2016 for her second season.

Sebold will apply his years of experience to mentor both Sieverts and Markle.

“My job is to manage all lacrosse programs at Oaks Christian, both boys and girls, at the middle and high school levels,” Sebold said via email. “I will not be coaching but will instead work with all of the coaches and support their efforts in the development of our teams and the overall program.”

Sieverts said he will be transitioning into his new role as head coach over the course of the fall, with Sebold coaching the Lions’ in the LA Mavericks Fall Ball League at Agoura. In the spring, Sieverts will balance his coaching responsibilities with his preparations for the Outlaws’ 2016 season, which begins in April.

“I am excited and looking forward to taking on the role of head coach at Oaks Christian,” he said via email. “My approach will be consistent with what has helped me get to where I am now, and that is focusing on one day at a time with a simple goal of improving each and every day.”

The Oaks Christian varsity finished 4-11 last spring, with eight of the losses coming in Marmonte League play to playoff teams Westlake, Thousand Oaks, Newbury Park and Agoura. The other three were to Top 10 teams Peninsula, Harvard Westlake and Oak Park. The Lions’ strength of schedule (SOS) ranked 19th in the Southern Section and seventh out of 46 teams in the L.A. division.

“We have a solid core of young, talented players and will look to build from that,” Sebold said. “The program has tremendous potential, and I’m looking forward to the challenge.”