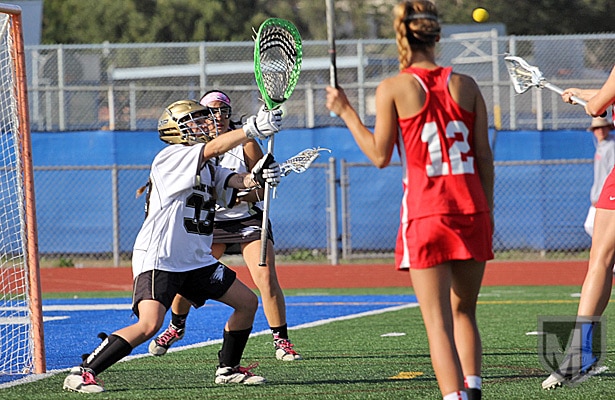 Senior goalie Meggie Sheehan of Oak Park has committed to play NCAA Division I lacrosse at St. Mary’s of Moraga in Northern California.

The Gaels compete in the Mountain Pacific Sports Federation alongside Stanford and USC, among others. In 2018, when Arizona State adds D-I lacrosse, the six Pac-12 schools will form their own conference, and the MPSF will consist of Denver, Fresno State, Saint Mary’s, San Diego State and UC Davis.

A three-year varsity mainstay, Sheehan has posted a career 7.37 goals-against average and .483 save percentage to date. The Eagles have gone 51-12 in games she has played and have reached the US Lacrosse Southern Section North finals in each of the last three seasons.

Last season, Sheehan was named second-team All-County by the Ventura Star newspaper. She joins senior teammate Morgan Shorts in committing to play NCAA D-I lacrosse in college. Shorts is committed to Army of the Patriot League, according to the Ventura Star. Sheehan and Shorts are among 11 seniors returning to the Eagles’ roster in 2016.