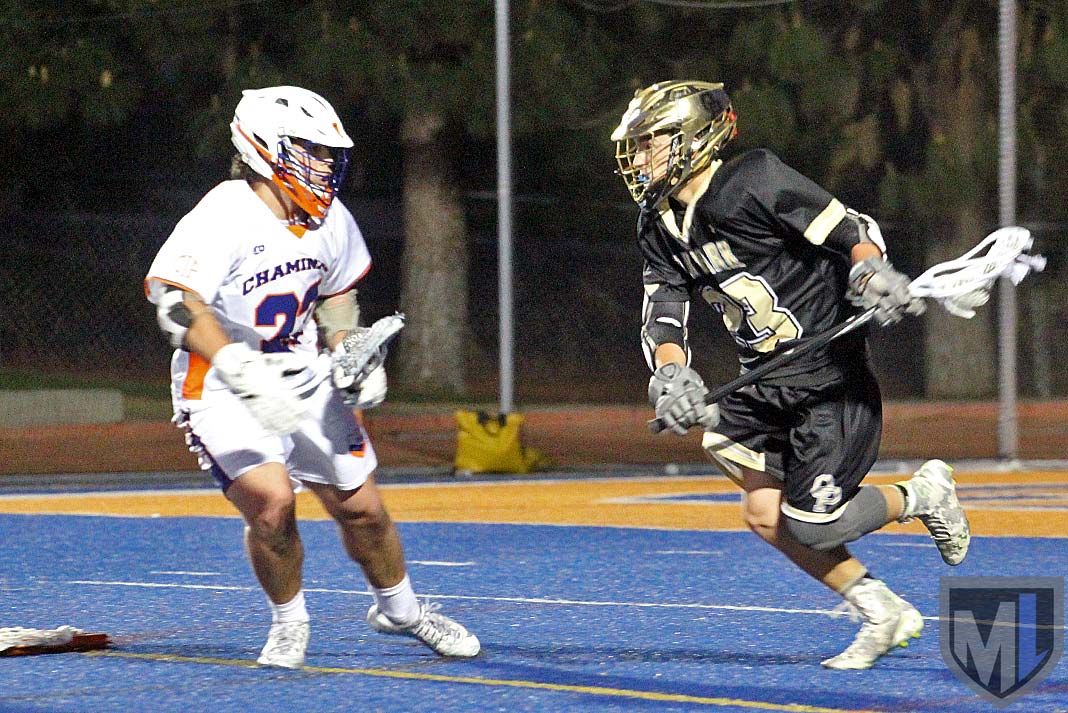 Oak Park junior attackman Tyler Bradbury, a 2017 US Lacrosse All-American, announced this week he has committed to play lacrosse at the University of Utah.

A starter at Oak Park the last two years, Bradbury has compiled 130 points (76 goals, 54 assists) in 34 career games. He said he received interest from a number of other schools, among them Bryant, Villanova, Syracuse, Notre Dame and Boston University, but decided on Utah for a number of reasons that all seemed to fit together for him.

I am proud to announce my commitment to play division 1 Lacrosse at the University of Utah, thank you to my Family, coaches, and friends who have helped me along the way! Go Utes! ⚫️🔴 pic.twitter.com/0REITs3KKt

“What made Utah right for me,” he said via email, “was the combination of an incredible coaching staff, a beautiful campus which made me feel right at home, the idea of being a part of history in the lacrosse world as the first division one program out west and, finally, the amazing academic opportunities that the University of Utah has to offer.”

Oak Park coach Tarik Ergin cited Bradbury’s preparation when he arrived at Oak Park and his willingness to accept challenges and improve as a key to the player’s success.

“Tyler showed up as a freshman at Oak Park ready to step onto the varsity field … as a starting attackman!” Ergin said via email. “This is difficult enough, but we asked Tyler, a natural righty, to play left-handed. He broke our freshman goals (26) and points (43) records for a season.”

“For a player to be named an attackman in the LA Mavs program,” Zorzi said via email, “he must have two specific abilities: Have the best stick-work on the team and be willing to ride as if the game were on the line on every possession. Tyler fits the mold perfectly.”

Zorzi said that playing left-handed as a freshman turned Tyler Bradbury into a true ambidextrous player, and Ergin noted the combination of ability and attitude that have made Bradbury into a next-level player.

“Tyler is very mature and focused,” Ergin said. “He has the intelligence and focus to keep his priorities properly ordered. As a result, he is an honor student (4.0 GPA) and an All-America lacrosse player as a sophomore. The thing I am most impressed with is his humility. From this humility comes his constant drive to improve, his willingness to do the things to foster that growth and his openness to coaching.”

Bradbury demonstrated that maturity and humility when asked what or whom made the difference along the way.

“First and foremost,” he said, “what made everything possible for me was my parents. Having supported me and encouraged me throughout my entire lacrosse career — through early mornings, long days and constant travel across the country — they stuck with me the whole time. I wouldn’t be anywhere without my parents and everything they have done to make this dream possible.

“I can’t thank enough all of my lacrosse coaches. I have been lucky to grow up in youth league with coaches Tarik Ergin, Sean Lindsay and Bob Bjerkaas shaping me as a lacrosse player and person. Each and every single one of them has taught me so much about myself and the game of lacrosse, and I would be nowhere near who I am as a player and person without them. I cannot thank them enough, along with coach Liam Banks and Jack Zorzi for helping me love the sport of lacrosse and continually get better each and every day.”

When he arrives at Utah in the Fall of 2019, Tyler Bradbury will join LA Mavs teammate Cooper Isaacs, the Agoura senior LSM who committed to Utah in July.

“As excited as we are for Tyler and Utah,” Ergin said, “we sure are glad he’s going to be wearing our gold helmet for another two seasons.”