Oak Park Runs Away from Thacher in Second Half 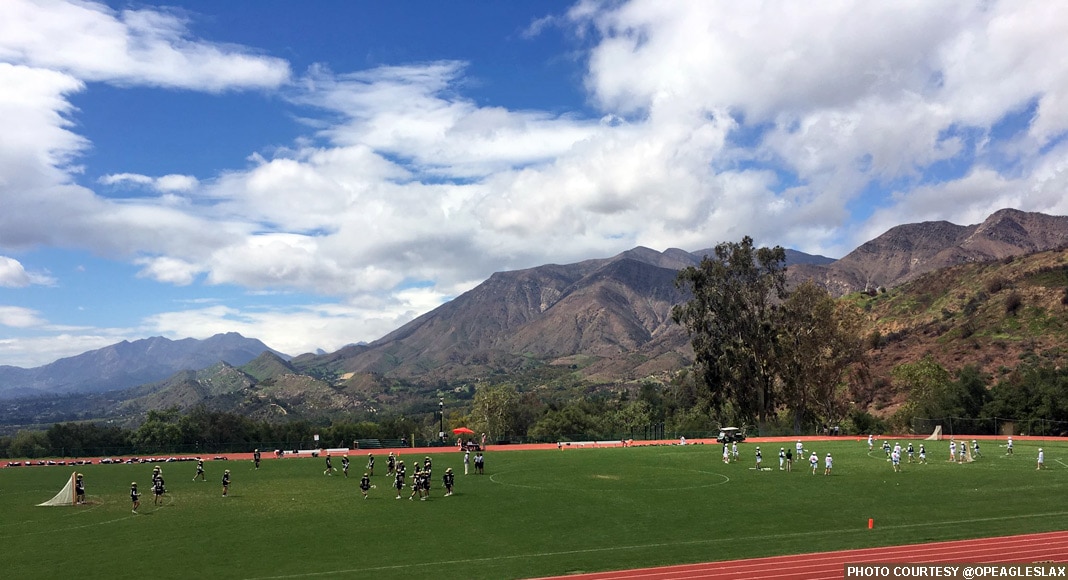 Sixth-ranked Oak Park won its sixth in a row Saturday, outscoring host Thacher 10-0 in the second half to take a 15-5 decision. The Eagles haven’t lost since a 13-3 debacle at No. 3 Harvard Westlake on March 15 and are allowing only 5.5 goals per game in the winning streak.

Through the first half Saturday, though, there was some question whether the streak would continue.

Thacher took an early 1-0 lead and built its edge to 3-1 with an extra-man goal midway through the opening period. Oak Park was hampered by penalties in the first two quarters, playing man-down defense twice in the first period and playing three-men down for a stretch in the second period.

After Oak Park scored four consecutive goals to take a 5-3 lead midway through the second, Thacher pulled within one then tied it 5-5 with a 6-on-3 goal, sending the teams into the break all even.

The second half was different, though, as the penalties began to even out and the Eagles’ offense began to click.

Tyler Bradbury found Adam Julius for a short-handed goal to give Oak Park the lead at the 8:55 mark, and Julius fed Bradbury to make it 7-5 at 6:01. Unassisted goals from Bryce Hardy and Clayton Powers made it 9-5, then Bradbury added two more to complete a 6-0 third-quarter. A 4-0 fourth quarter followed as Oak Park closed it out.

Bradbury finished with four goals and four assists for the Eagles, and Julius had four goals and one assist. Hardy (3g, 2a) and Tyler Hunter (2g) also had multiple goals.