Oak Park Rallies from Six Goals Down to Stun Westlake 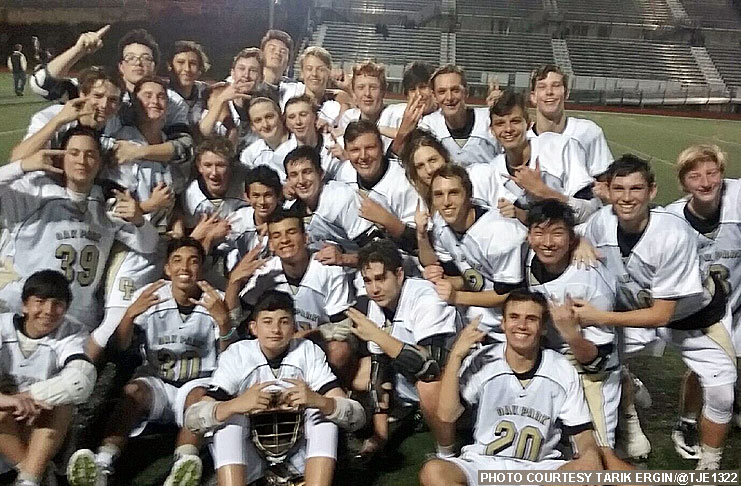 Fifth-ranked Oak Park validated its big jump in the coaches poll this week, rallying from a 9-3 halftime deficit to edge No. 9 Westlake 13-11. It was the Eagles third consecutive victory over a Top 10 opponent. Wins last week over Newbury Park and Thousand Oaks bumped them up four spots in the coaches poll.

Sophomore attack Tyler Bradbury scored six goals to lead the Eagles (6-2), including three in the fourth quarter. Bryce Hardy and Max Bulko each scored two goals, and Cal McCleery and James Mabry each scored one.

Unbelievable comeback by these Oak Park Laxers tonight! Down 9-3 at halftime. OP triumphed over Westlake 13-11. These kids fight. pic.twitter.com/fSAWensVvx

The first half, though, and especially the first quarter, belonged to Westlake. After Oak Park took a 1-0 lead, the Warriors (2-2) rattled off six unanswered goals, four of them from freshman midfielder Carson Kuhl, to lead 7-1 early in the second quarter. McCleery finally ended the run, scoring on a feed from Bradbury for Oak Park’s first goal in 13:30 of clock time.

The Eagles remained within six goals at halftime, trailing 9-3, then ripped off five consecutive goals — three from Bradbury and two from Hardy — to end the third period trailing only 9-8 and setting up a dramatic final 12 minutes.

Westlake widened its lead to 8-10 three minutes into the final period, but Hardy made it 10-9, then Bradbury tied it 10-10 and minutes later gave Oak Park it’s first lead since early in the first quarter at 11-10. Westlake re-tied it at 11-11, but Bulko scored on a feed from Adam Julius, the second time the duo connected in the game, with 2:28 to play, and Bradbury sealed it with his sixth goal inside of the two-minute mark.

Oak Park plays at No. 15 Sierra Canyon on Thursday. Westlake has an opportunity to bounce back quickly with a game at Calabasas on Wednesday night, then a home game against No. 6 Thousand Oaks on Friday. Nine of the Warriors’ next 10 games are against Top 10 teams, eight of those in the Marmonte League.