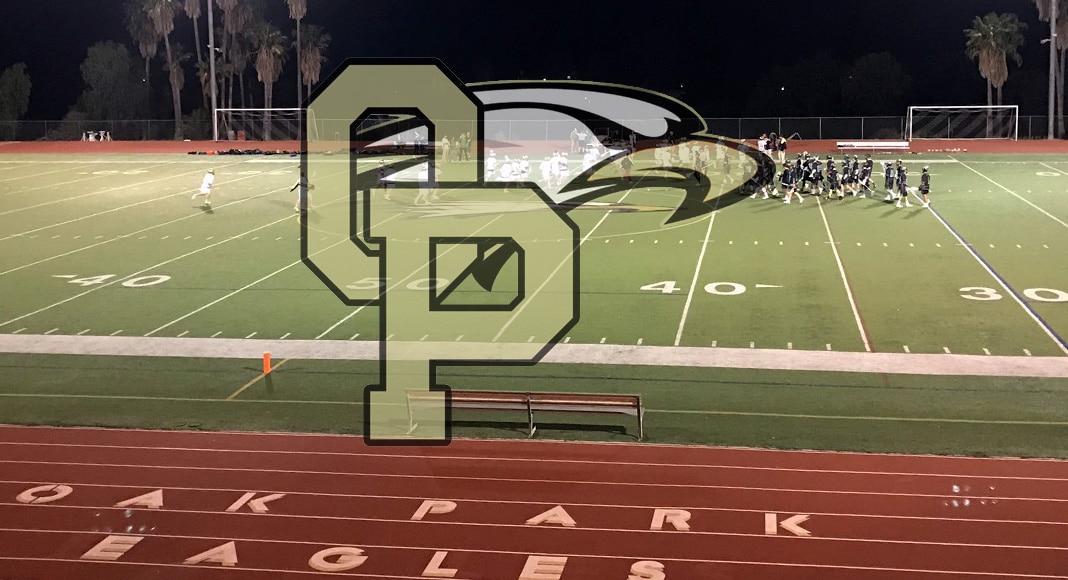 After visiting Sierra Canyon scored three consecutive goals to pull even midway through the third quarter Tuesday, the No. 5 Oak Park Eagles finally solved Trailblazers goalie Trevor Clark and pulled away for a 12-8 victory.

Clark finished with 20 saves for No. 12 Sierra Canyon, and his work in the first half kept the Trailblazers within striking distance of the streaking Eagles, who won their seventh in a row. Oak Park led 2-1 after one quarter and only 5-3 at halftime.

Oak Park extended its lead to 6-3 to open the third quarter, but Sierra Canyon chipped away, eventually tying 6-6 with 7:22 left in the period. The rest of the quarter belonged to the Eagles, though, who celebrated senior night with goals from senior Logan Beck, junior Tyler Bradbury and senior James Mabry to regain a three-goal cushion.

Senior Bryce Hardy fed senior Adam Julius to make it 10-6 early in the fourth, and Julius scored unassisted a minute later to make it 11-6 and all but the game out of Sierra’s reach.