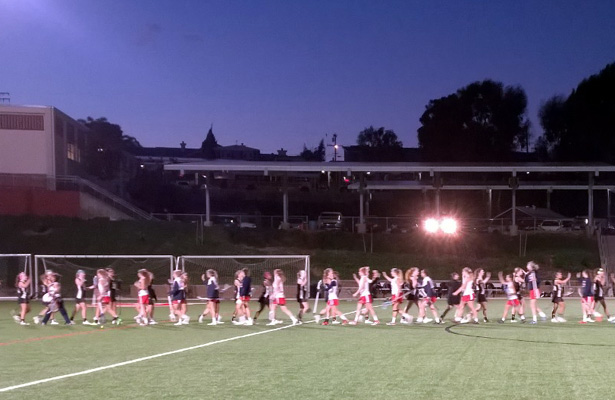 Last year, though, the Eagles won the regular-season matchup with the Sea Hawks 15-6, only to lose in the final, 13-12. Is this history repeating itself? We’ll see, but the Eagles did everything they could Tuesday to make an early-season statement.

The Eagles jumped out early to a 4-1 lead, but the Sea Hawks, who never panic, stayed the course and played their game. They closed the gap to 4-3 and had possession with a chance to tie, but a turnover here, a save there, and the Eagles were off and running and gunning, extending the lead to 11-3 over the final 10 minutes of the first half.

The Sea Hawks never gave up and never backed down, but the deficit was too much to overcome. Each team tacked on a few more goals in the second half, leading to the final score of 15-5.

The Eagles were anchored by goalies Meggie Sheehan and Alexis Robinson, who saved 10 of 15 Sea Hawks shots, including four free-position chances. The Eagles defense was led by a trio of seniors who even chipped in a couple of goals Emma Barrow (1g), Lauren Welin and Rachel Pham (1g).

Friday, the Eagles face another test when the Griffins from Los Alamitos come north Friday night.