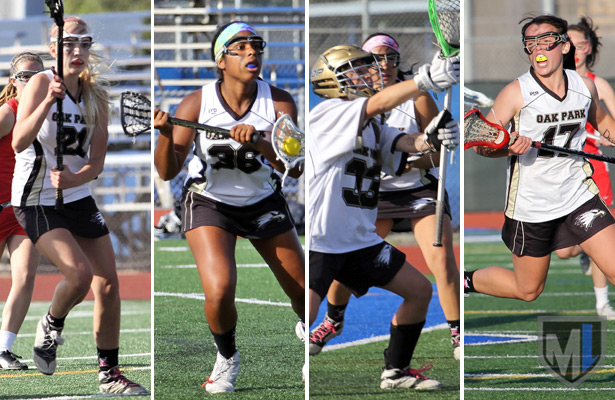 The Oak Park girls lacrosse team has made three consecutive appearances in the US Lacrosse Southern Section North title game, losing all three times — twice by a single goal and one of those in overtime.

The team has posted a combined record of 49-15 in that three-year span, but for the Class of 2016 — a senior group that has been the heart and soul of the program — it is only those three title-game losses that matter. They have one more chance to break through.

I have very high expectations for this season; we have a tough schedule from start to finish, so I am hopeful that we will make it to the championship game again and be more prepared then ever. The team has worked hard together in the offseason, and I am excited to see that dedication pay off. We have returned a strong team, but I have been even more excited to see some new girls have stepped up and come ready to make an impact on the team.

OP will count on our strong senior class to lead the charge this season, Coach Schneck says: