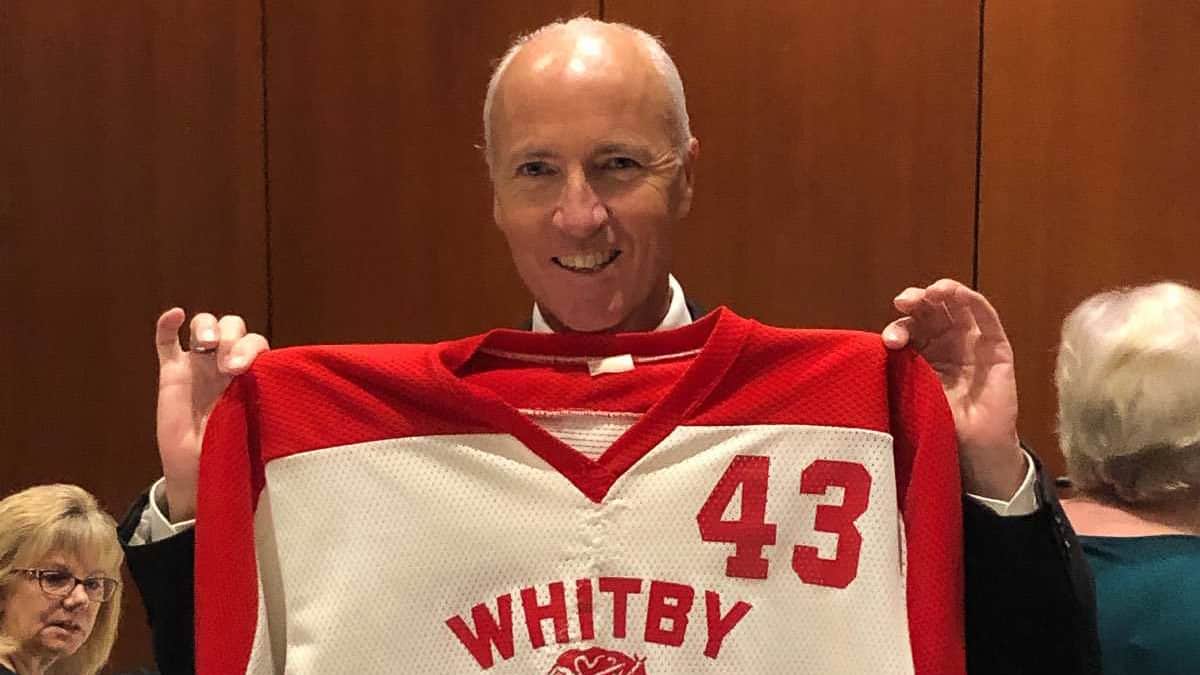 Growing up in Orillia, Ontario, Ross Tabor dreamed of competing in the Minto Cup, the Junior A box lacrosse championship.

“That was like the Super Bowl,” said Tabor, current coach of the Oak Park girls lacrosse team. “Although there is a level higher; Minto is Junior A up to age 21. But that was such an incredibly lofty goal for me.”

What seemed like a lofty goal at the time is now a milestone accomplishment, as Tabor won back-to-back Minto Cup championships with the Whitby Warriors in 1984 and 1985.

In November, the milestone was recognized as Tabor and his Whitby teammates were inducted into the Canadian Lacrosse Hall of Fame.

“It was pretty emotional,” Tabor said of when he got the Hall of Fame phone call. “I definitely teared up a little bit and had that like, oh my god, wow … it takes a while to sink in. It’s still kind of sinking in. Any hall of fame is a big accomplishment. I’m very humbled and honored by it, pretty proud of it.”

Tabor, 55, attended the inductee dinner, along with his wife and son, in Vancouver at the Hall of Fame itself. The swanky event was a far cry from the small town that Tabor hails from.

At the time, Canadian schools didn’t have lacrosse teams. The town of Orillia didn’t even have a box lacrosse team. Tabor’s goal of winning a Minto Cup did indeed seem lofty.

By playing field lacrosse in his hometown, Tabor was noticed by the Junior A Whitby Warriors program. The team drafted him, and Tabor packed up his belongings and moved an hour away to play box lacrosse.

“I still talk to my mom about it now,” Tabor said. “When I left, I thought I was leaving for the summer to go play lacrosse and I planned on coming back. I thought I’d be back in the fall and one thing led to another and there was a girl involved, met a girl who I’m still with to this day. Married 32 years. It really did change my life.”

At the first practice with the Warriors, Tabor was surrounded by immensely talented lacrosse players. He wasn’t shaken. He felt like he fit in. What left him in awe was the level of dedication the players had.

“Where I had played before, there were alway good players, but the commitment wasn’t there,” Tabor said. “People didn’t work to be in top condition and when I went and played in Whitby it was like, oh my god these guys are good. This is it. And I felt like I belonged. That’s what I’d been training for all my life.” 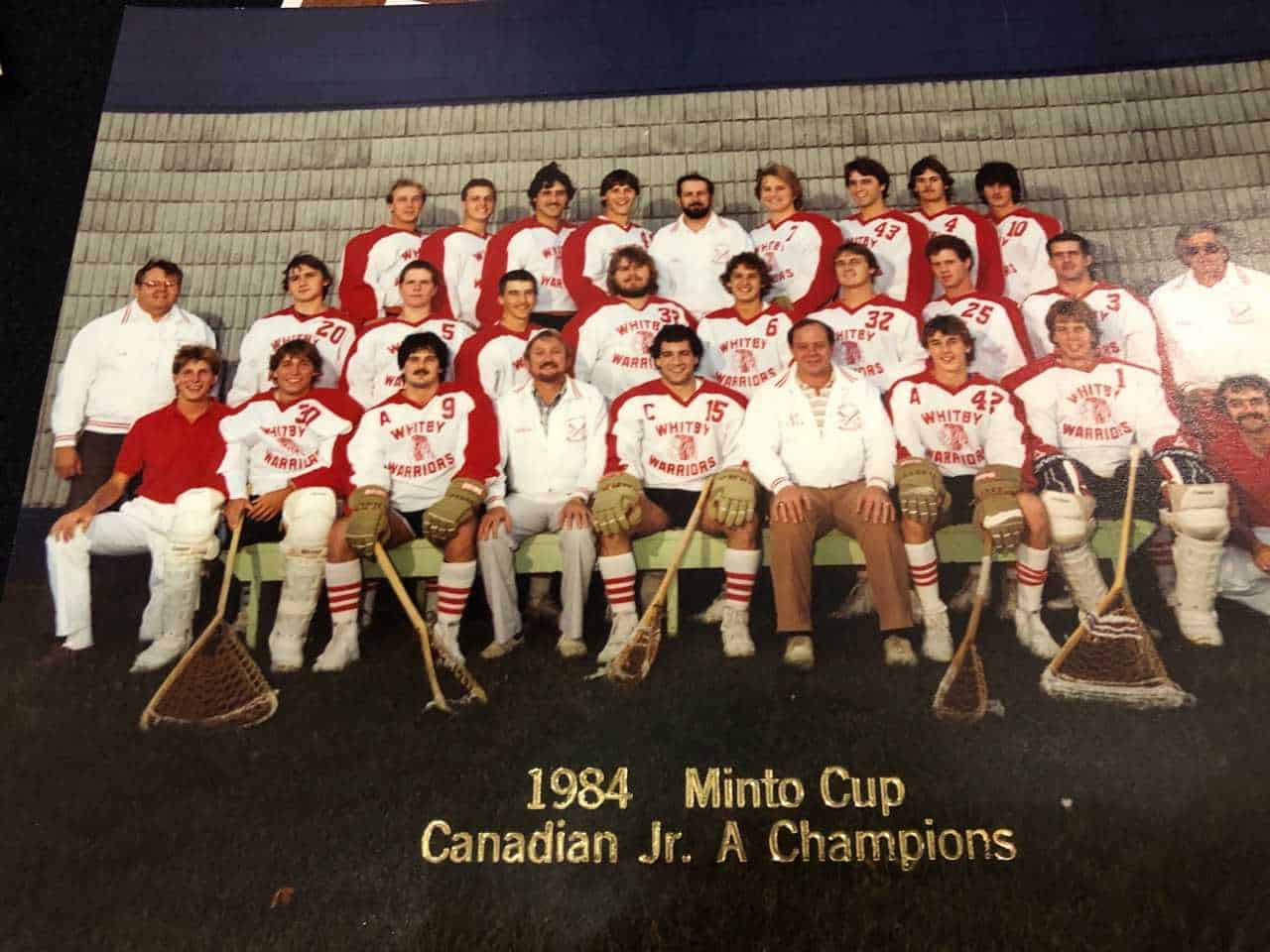 It was in Tabor’s second-to-last year of Junior A eligibility that the Warriors won their first Minto Cup. The team was brimming with talent and went 22-2 in the regular season and 12-1 in the Ontario playoffs.

That 1984 team featured Joe Nieuwendyk, who went on to have a decorated NHL career.

The following year, in 1985, the Warriors were 19-5 and 8-0 in the playoffs. They beat Gary and Paul Gait, who later founded the Gait lacrosse equipment company, when they played for Esquimalt Legion. 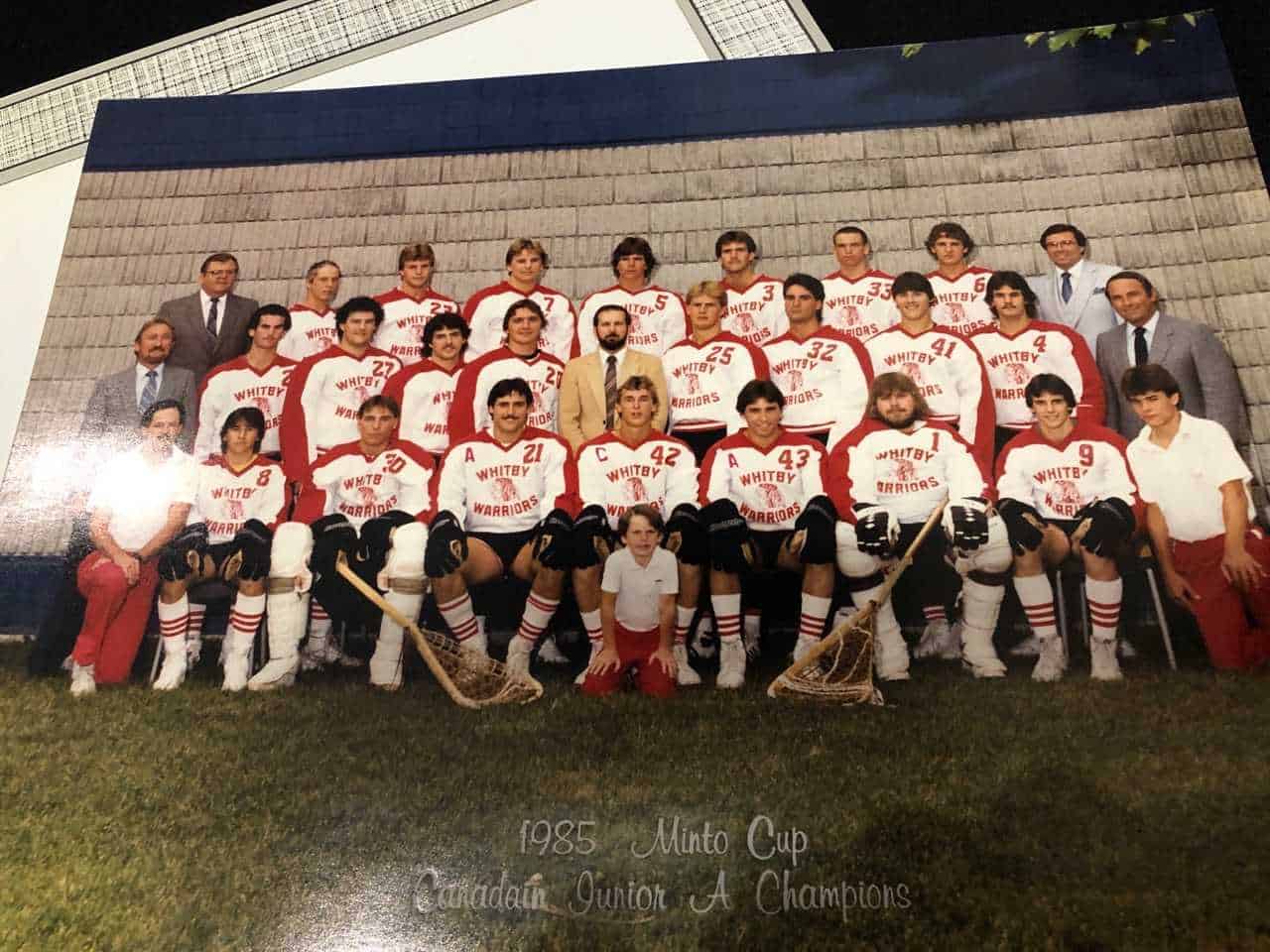 Tabor has taken lessons learned from his experience with Whitby and implemented them into his coaching at Oak Park.

“I think, really, the thing that I take most that I often look back on is that you can’t be bigger than the team,” he said. “And on both of those teams, we had some super star players and there was no one who ever acted like or made anyone else feel that they were better, that there was a different set of rules for them.”

The Whitby Warriors act as a team to this day. When a team is inducted into the Hall of Fame, usually only a handful of players show up. Of 33 eligible players, an impressive 21 were in attendance for the ceremony.

Tabor was grateful to be there with his team, but he’s even more grateful for what lacrosse has given to him.

“Lacrosse was my exit out of (Orillia) and really into the bigger world,” he said. “I ended up getting married. We traveled all over the world, lived different places in the world.

“I’d probably still be living in my hometown had it not been for lacrosse. When I stopped playing lacrosse, there was no pro lacrosse, so it didn’t give you a career, but it gave me a big step to what turned out to be a better life. In very profound ways, it definitely saved my life.”