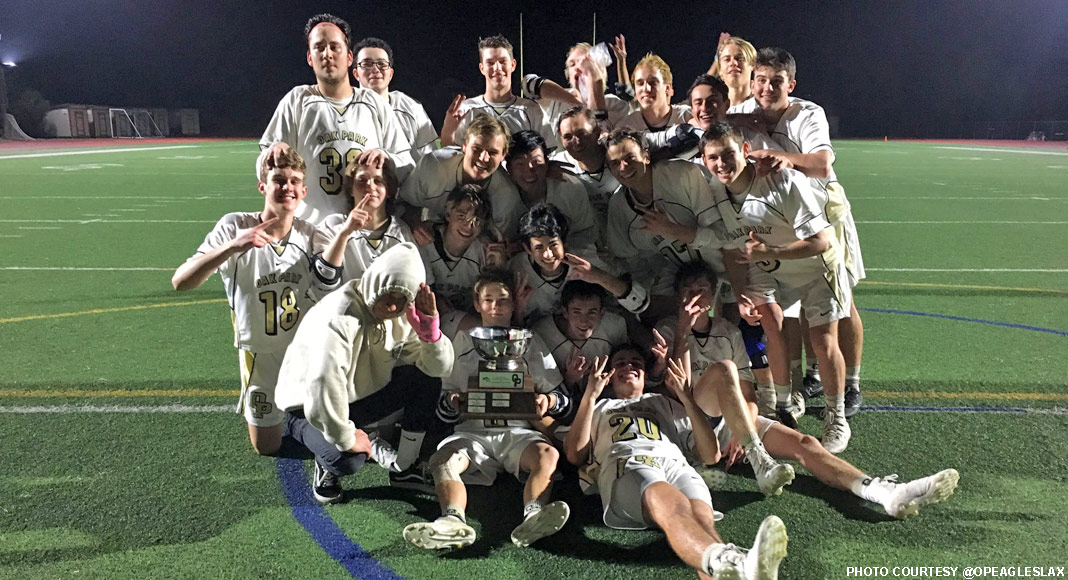 After watching his team get crushed 13-3 by Harvard Westlake nearly three weeks ago, Oak Park coach Tarik Ergin said, simply, “We’re not very good.” Four consecutive wins later, three over Top 10 opponents, and he might have a more optimistic outlook.

Tuesday, No. 6 Oak Park held off a late rally by No. 7 Agoura to win the annual Kanan Bowl between the nearby rivals 8-7. The Chargers beat Oak Park twice last season, once in the Kanan Bowl and again in the playoffs. Before that, the Eagles had won three Kanan Bowl games in a row dating to 2014.

More significantly for Oak Park (7-4), Tuesday’s win solidified their status as a contender after a 3-4 start that included that ugly loss to Harvard Westlake and a loss at No. 15 San Marcos. Consecutive wins over Valencia, No. 9 Crespi, No. 8 Oaks Christian and Agoura — combined with an earlier upset of No. 4 Chaminade — have given the Eagles’ season a whole new look.

Tuesday, they led from midway through the first quarter and never trailed. Senior Bryce Hardy scored the first of his four goals at the 7:31 mark of the first quarter, and sophomore Clayton Powers made it 2-0 heading to the second period.

Agoura tied it 2-2 with 6:21 left in the half, but Matt Robertson regained the lead for Oak Park a few minutes later, and the Eagles led 3-2 at halftime.

After the teams traded goals early in the third period, Oak Park built a 6-3 lead and eventually led 7-4 heading into the fourth.

Two early goals from Agoura made it 7-6, and the teams again traded goals, giving Oak Park an 8-7 edge in the final three minutes. A penalty on Oak Park gave the Chargers a man advantage for the final 52 seconds, but a turnover allowed the Eagles to clear and run out the clock.

For Agoura (7-5), it was the team’s third one-goal loss of the season against a Top 10 team. All five of the Chargers’ losses are to Top 10 teams.