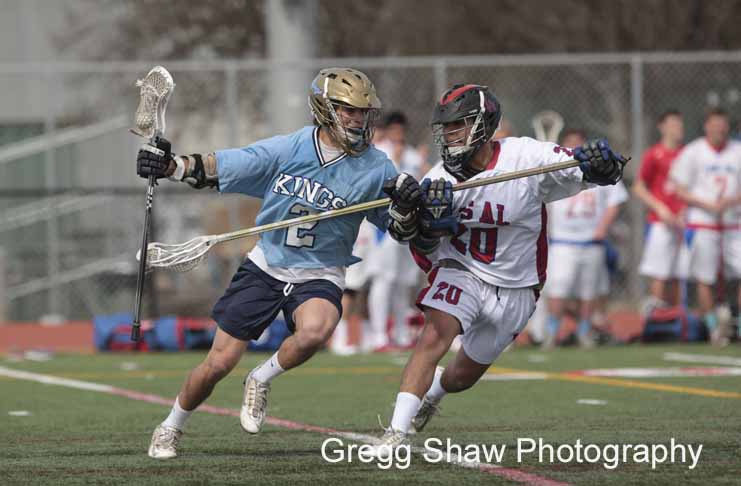 This article presents a review of how the Orange County Chapter of US Lacrosse (“OC Chapter”) selects and seeds the 16 boys high school lacrosse playoffs tournament teams.  The 16-team tournament pool will be made up of seven automatic qualifiers  (“AQs”) and nine at-large bids.  All 16 playoff schools (AQs and at-large) must be in good standing with CIF and eligible for post-season play.

Each of the seven leagues (Century, Sea View, South Coast, Pacific Coast, South West, Sunset, and Trinity) receives one automatic qualifier (AQ) to the playoffs. The AQs are determined by the respective leagues, not by the OC Chapter.  Visit our League Standings page to see the teams that compromise each league.

Each team in the OC Chapter (including the AQs) is assigned up to 100 points according to the 2 components below:

The 9 remaining teams (no AQ) with the 9 highest point totals from above receive an invitation to the tournament.

If 2 schools receive the exact same accumulated points they are ranked against each other in the following manner:

If more than 2 teams receive the exact same accumulated points the teams are ranked in the following manner:

1.Must be independent of any CIF-SS HS lacrosse program.

a)Parents of current rostered players are not considered independent

d)Anyone that has immediate family members currently playing for a team that is coached by a coach or player for a current CIF-SS HS boys lacrosse coaching staff at any level(frosh/soph,jv,varsity) is not considered independent

4.Must be willing to closely follow OC Boys lacrosse to form opinions on teams

1 vote on the seeding committee shall be a public poll administered by the chapter using an online polling service ending the same time as the final coaches poll.  Subject to 500 vote minimum.  All electronic efforts to eliminate ballot stuffing will be taken  1 vote shall be the Laxpower.com poll at the time the committee’s final poll is taken. For example if there are 8 members on the seeding committee,  there will be 10 votes with the public poll results and laxpower rankings counting as one vote each.

You can find the full procedures here