Northwood Shuts Down Woodbridge to Stay in Playoff Contention 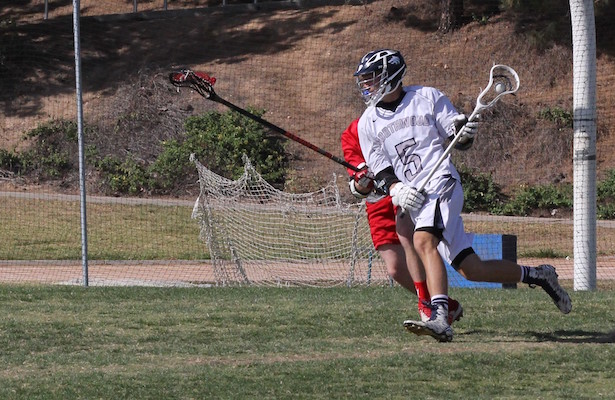 Michael Bellas (pictured above) was unstoppable on Wednesday, scoring 11 points (7g, 4a) to lead Northwood over Woodbridge by a 14-4 score. The win keeps the Timberwolves in contention for the Pacific Coast League championship and a berth in the post-season playoffs. Northwood has a league record of 7-1, Beckman is 8-0 in league. They play each other in their respective season finales next Thursday. If Northwood ends up in a tie for first with Beckman, depending on the leagues tie-break rules, they could end up with an automatic playoff bid. Stay tuned.

Next up: Northwood finishes up with Sage Hill on Monday and Beckman on Thursday. Woodbridge plays Esperanza on Friday and will continue their schedule into May.