Noah Molnar is the Workhorse of the Week 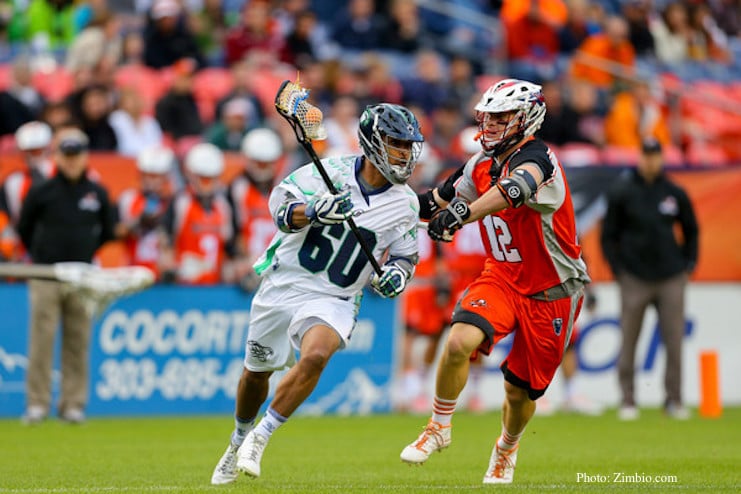 MLL midfielder Noah Molnar is the Workhorse of the Week, sponsored by Athletes Choice. Molnar has spent the past three seasons with the Denver Outlaws since being drafted in the sixth round of the 2013 draft by the Rochester Rattlers.  Molnar recorded two goals, two assists, and 20 ground balls while winning an MLL championship with the Outlaws this past season.

“Honored to be named Workhorse of the Week,” Molnar said via email. “I take my pre-season preparation very seriously and it is great to be recognized for my work ethic.”

Current teammate and AC owner Nick Tintle plays defensive midfield with Molnar for the Outlaws.  The two workout together at AC to prepare for the season.

“His work ethic and team leadership were unparalleled when I had the pleasure of playing alongside him last year,” said Tintle via email. “He helped me adjust to the speed of the game when I decided to play again.”

A Newport Beach native, Molnar played for Corona Del Mar High School where he was named 2009 Orange County Player of the Year and was rewarded with two All-America awards. Earning all-league honors in both football and lacrosse, Molnar was also a two-time Pacific Coast League MVP.

He went on to play for Lehigh University where he notched 71 career ground balls during his college career.

Molnar works a full-time job during the day and revolves his workout schedule around his work schedule. Training as a professional athlete, however, is still a daily routine. He will typically wake up at 5 a.m. and be out on the field at 6 a.m., where he works on his footwork, stick work, passing and shooting drills.

“He is the guy that does all the little things that make good teams great,” Tintle said. “Championship teams always have star players, the points guys, the shooters, the creators, the shutdown D guys and great goalie play. Getting ground balls, making good/smart decisions, playing tough D, clearing, tough play in between the lines is what make championship teams.”

Molnar has four pieces of advice for local high school players who want to get to where he is right now– Do not specialize in lacrosse, work on your stick work on a consistent basis (he cites 3-5 times per week at least), become a student of the game, and find a way to outwork everyone.

“Do the little things to outwork your competition,” Molnar said.