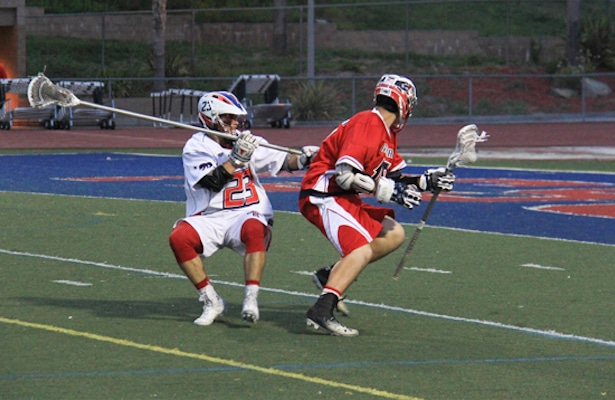 Head Coach Karl Rohlin has informed MaxLAxOC.com that 2015 will be his tenth and final season at Great Oak High School.  During his tenure he helped to put Inland Empire lacrosse on the map by building one of the most consistent programs in the Southern Division.  The Wolfpack have been a combined 63-25 with only one losing season in that span.  Last season, the Wolfpack finished with a very impressive 16-3 record while having the misfortune to run into Foothill High School in the second round of the playoffs.

Coach Rohlin says ” As in every year prior, we have a group of solid blue collar team players. We return this season with solid goaltending by sophomore Kendal Dizon (72 Saves) and senior Grant Christman (48 Saves). In Defensive support we have two three year starters Juniors Jacob Yordy at LSM/Close D (73 GB’s, 52 forced turnovers), and Tyler Palmer at close D ( 25 GB’s,24 forced turnovers), At attack we have Senior Alexander “Sally” Cunningham (45 goals and 32 assist) and Junior Adam Utter (25 goals and 10 assist). In addition to our upper classmen, we have some freshmen starters who are looking to make an impact this season. They are Chase Taylor (Middie/Attack), and Lui Fiacco (Close D).”

“Last year was our best year to date. We truly believe that we would have made it further into the playoffs had we drawn any team other than Foothill for our second playoff game.  As with every year we look to do well against the teams in the South Coast League and Sea View League. In addition to these teams we will also be playing against Foothill and SME (St. Margaret’s Episcopal) this year. All of these games are must win games in order to make a statement for playoff consideration. We take them on one at a time and play hard from start to finish. We are looking forward to a very challenging season.”