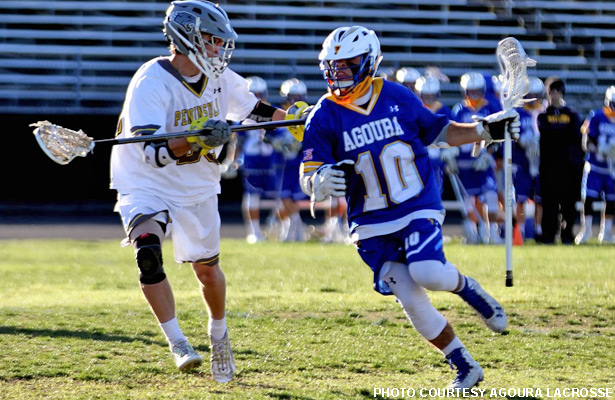 The Agoura Chargers, who climbed from No. 10 to No. 7 in this week’s coaches poll, potentially climbed up another rung on the ladder Tuesday with a 12-7 victory at No. 6 Peninsula.

Agoura (2-1) actually trailed the Panthers 4-2 late in the second quarter, but a four-goal burst in the last two minutes gave the Chargers a 6-4 halftime lead. Another four-goal run to open the third quarter put the Panthers in too deep a hole to recover.

Information provided by Peninsula Lacrosse, Agoura Lacrosse and from @TPeace19 on Twitter.