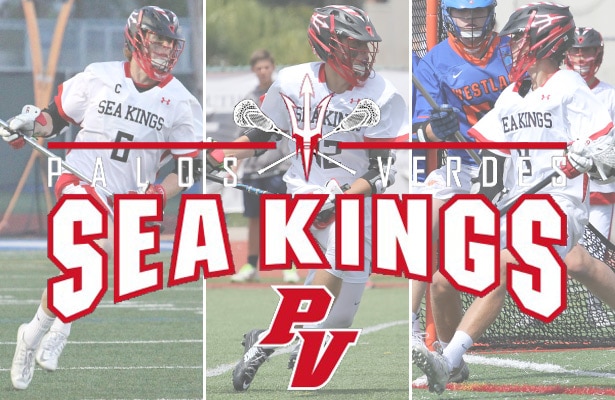 The last time Palos Verdes and Crespi met, it was for the US Lacrosse North Division championship. Circumstances were quite different Tuesday at Palos Verdes, where the No. 4 Sea Kings were hitting on all cylinders in beating the No. 19 Celts 16-1.

Palos Verdes won its third game in a row after opening with losses at No. 3 Westlake — without Jones or Henkhaus — and at defending section champion St. Margaret’s. But if Tuesday’s performance is any indication, the squad seems to be healthy and rounding into form.

Possession was decidedly in the Sea Kings’ favor against Crespi, with sophomore Colin Fitt winning 11 of 12 face-offs and Jones collecting seven ground balls and one caused turnover.

For Crespi (0-8), the grind continues. Seven of the Celts’ losses have come against teams currently ranked in the Top 12 in the coaches poll. Crespi’s schedule strength is rated second-toughest in the LA division by LaxPower.com, and it doesn’t get easier — the Celts will return from Spring Break in April to face three Top 10 Mission League rivals — No. 1 Loyola, No. 2 Harvard Westlake and No. 9 Chaminade.

Palos Verdes, too, has a tough slate ahead, with games against Harvard Westlake on Thursday, San Clemente on Saturday and at Loyola next Tuesday.