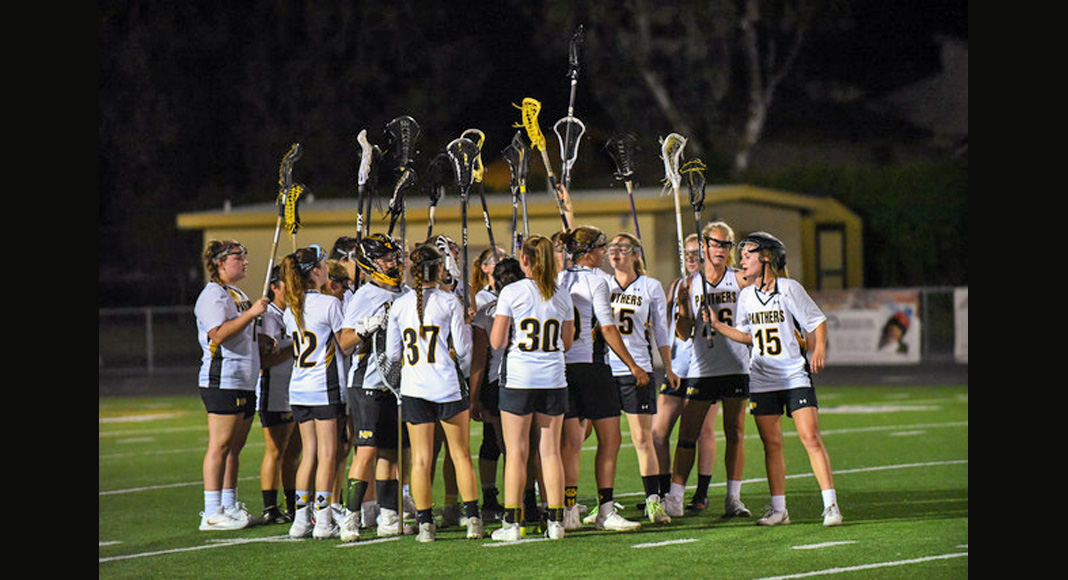 The eighth-ranked Newbury Park girls easily handled No. 19 Thousand Oaks for the second time this season Wednesday, beating the visiting 17-5. The Panthers (8-2, 3-2) won 17-3 the first time the teams met.

The game reflected the continued dominance of Newbury Park’s offensive leaders, with junior Erin Duffy and sophomore Emma Ing each scoring seven goals and recording two assists. The game also highlighted the team’s depth with solid contributions from several freshman, including Sophia Laubner and Sierra Carey on attack and Sophia Fadler in the midfield.

Standout freshman goalie Daniella Guyette continued to impress for the Panthers, recording 10 saves on 15 shots (67 percent), including thwarting five free-position attempts by T.O. Guyette also made 11 successful clears and showed patience and leadership both inside and outside the crease.

Newbury scored in the first 30 seconds and took a seven-goal lead within 10 minutes. Midway through the half, T.O. scored twice, but the Panthers answered with five more goals to take a 12-2 lead into halftime.

Among those first-half goals was one by the freshman Laubner, a consistent and promising starter who has four goals, an assist and 14 ground balls this season. Newbury freshman Sierra Carey made her attack debut, where she scored her first high school goal off an assist from Ing.

T.O. (3-10, 0-5) opened the second half with two goals to pull within 12-4, but Panthers’ senior Katryna De La Cruz scored for NP off an assist from junior Cameron Millett, sparking a five-goal run for the Panthers.

Newbury wraps up its regular season Friday at No. 12 Oaks Christian.

Information and photo for this report submitted by Newbury Park Girls Lacrosse.

This story was corrected from an earlier version that referenced Newbury Park as being ranked No. 4.