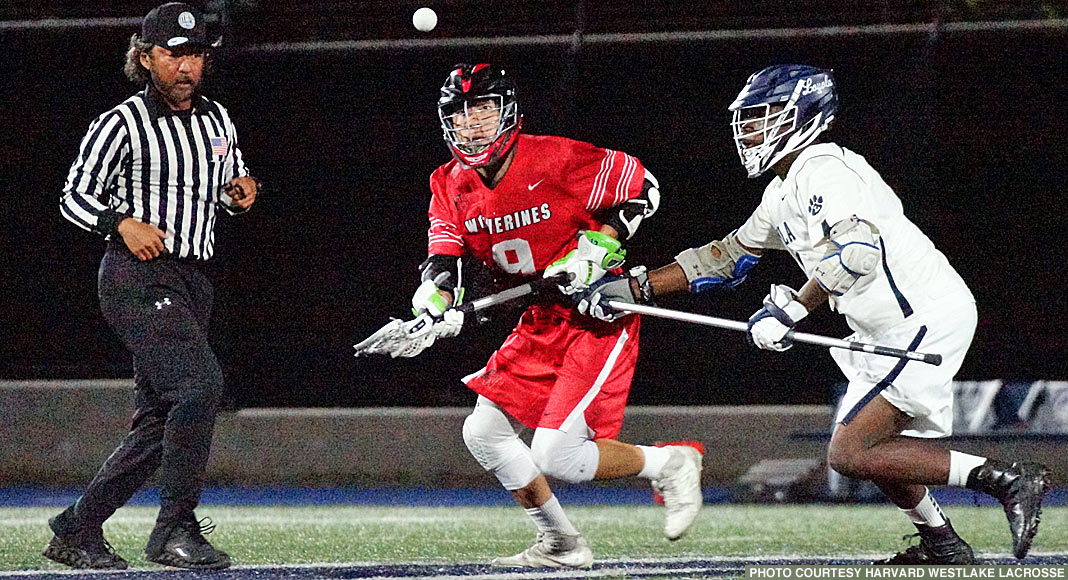 Fourth-ranked Harvard Westlake jumped out to a 3-0 lead Wednesday and never trailed in defeating No. 2-ranked Loyola 10-8 in a Mission League matchup. It was the first loss to an LA team for the three-time defending section champions since a 6-2 loss at Palos Verdes in April 2017, breaking a streak of 20 consecutive victories.

The Wolverines (4-3), who won their second in a row over a Top 10 team, now are in position to earn the No. 1 seed in the Mission League championship tournament and home-field advantage throughout, should they advance. Harvard Westlake plays at No. 13 Crespi on Saturday is home against No. 5 Chaminade on Wednesday.

Loyola (4-4) faces road games at Crespi and Chaminade next week, sandwiched around a home game against No. 6 Agoura.

Wednesday, Asher Early scored unassisted a minute into the game, and Ian Han followed seconds later with a goal off a face-off win, giving the Wolverines a 2-0 lead just 1:18 into the contest. Goals from Brody Listen, Harrison Listen and Early made it 5-1 after one quarter of play.

Harvard Westlake led 6-2 at halftime and 9-6 heading to the fourth quarter. It was 10-7 in the closing minutes when Owen Gaffney scored his fourth of the game for Loyola with less than 30 seconds to play. Matt Garvey had two goals for the Cubs, and Alex Horowitz and Jack Carolan each scored one.

Early finished with three goals to lead the Wolverines, and Han, Harrison Listen and Brody Listen each scored two. Sultan Daniels scored once for Harvard Westlake. Han (7 of 11) and Donovan Econn (4 of 4) helped the Wolverines earn a decided edge at the face-off dot, and goalie Alex Russell was credited with 14 saves.

The Cubs now have lost four games in a row for the first time since the 2010 season and have allowed 10-plus goals in each of them. To be fair, the first three losses in Loyola’s current stretch have come against programs ranked in the West Region Top 10 by Inside Lacrosse — No. 5 Torrey Pines, No. 1 St. Ignatius and No. 8 St. Margaret’s — and Harvard Westlake is a perennial Top 5 team in the LA rankings.