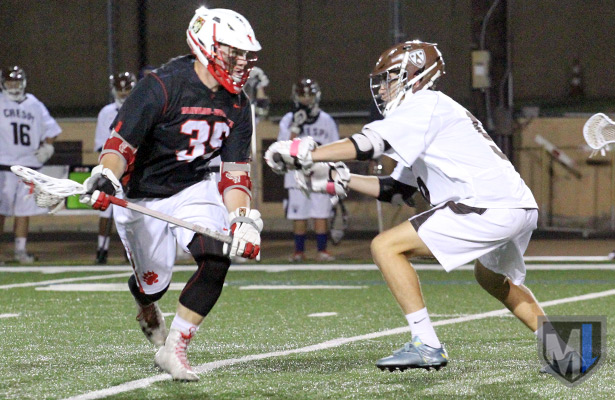 For the first half Tuesday, winless Crespi hung right with No. 3 Harvard Westlake, trailing only 3-2 at halftime. But the Wolverines’ patient offense and precision passing produced four unanswered goals in the third quarter, and the visitors went on to win the Mission League game 10-5.

But Harvard Westlake (9-2, 3-1) regrouped at halftime and came out with a deliberate approach that created numerous clean looks at the goal.

Mission League Lacrosse: @hwlax breaks it open in the third to lead @crespicarmelite 7-2 after 3.

The result was a 7-2 lead heading into the fourth quarter. The Wolverines stretched it to 9-2 and held off a late flurry by the Celts for the 10-5 win.

Harvard Westlake jumped in front early on a goal from Zac Harleston, then extended to 2-0. But Crespi (0-11, 0-5) got one back when junior attack Jake Milkovich scored unassisted, then tied it when Rafa Francisco scored from the outside on a pass from Jack Doyle.