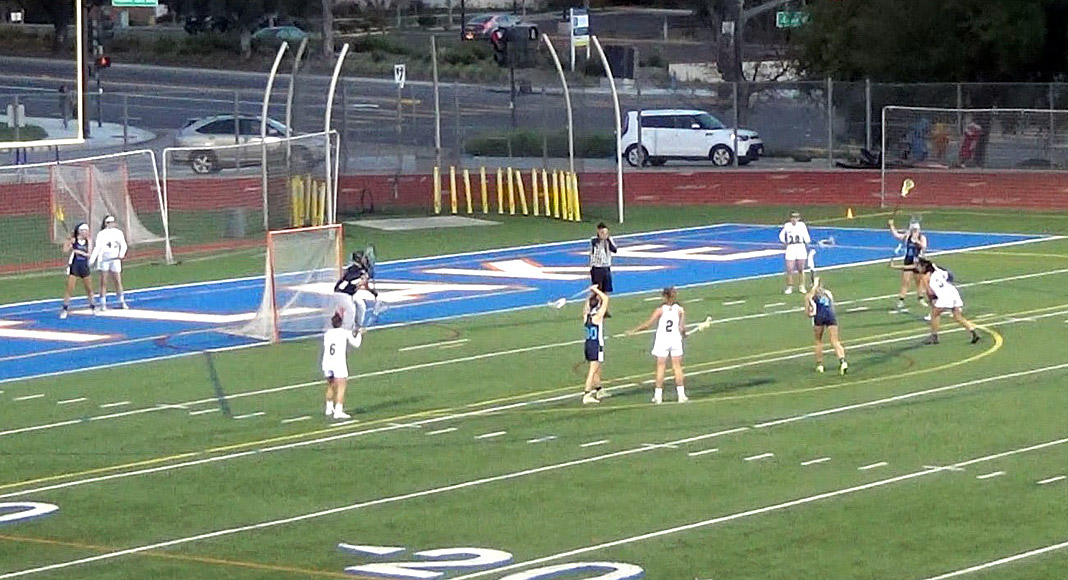 In their first game without senior captain Claire Moats on Wednesday, the fifth-ranked Westlake Warriors beat No. 7 Crescenta Valley 16-15 in a hard-fought, back-and-forth game that featured a handful of yellow cards. It was the first loss of the season for the Falcons (7-1).

Junior Shelby Tilton led Westlake (8-1) with seven goals and three assists, and Delaney Waggoner and Sarah Sullivan each scored three goals. Julia Dinerman had two goals, Kailee Follette had one, and freshman Catherine Xu, filling in for the injured Moats, recorded an assist, a draw control and two ground balls.

Westlake coach Lyndsey Munoz said in an email that Moats, committed to play next year at UC Davis, would be out the rest of the season with a shoulder injury suffered against Newbury Park last Friday.

Crescenta Valley, which received four yellow cards in the contest, trailed 7-5 at halftime before outscoring Westlake 10-9 in a blistering second half. The Warriors were without Follette in the second half after the junior midfielder picked up her second yellow card at the end of the first half.

The Falcons actually managed to take the lead at one point late in the game, but Westlake regained the edge and held on. Warriors goalie Rachel Blanton made eight saves to further the effort.

Peyton Lindman-Marshall (4g, 3a) led the Falcons’ offense, along with Allie Foster (5g, 1a), Francesca DiMundo (3g, 3a), and Lexi Ballard (2g 4a). Goalie Phoebe Crowther‘s 14 saves enabled CV to stay within striking distance of the Warriors.