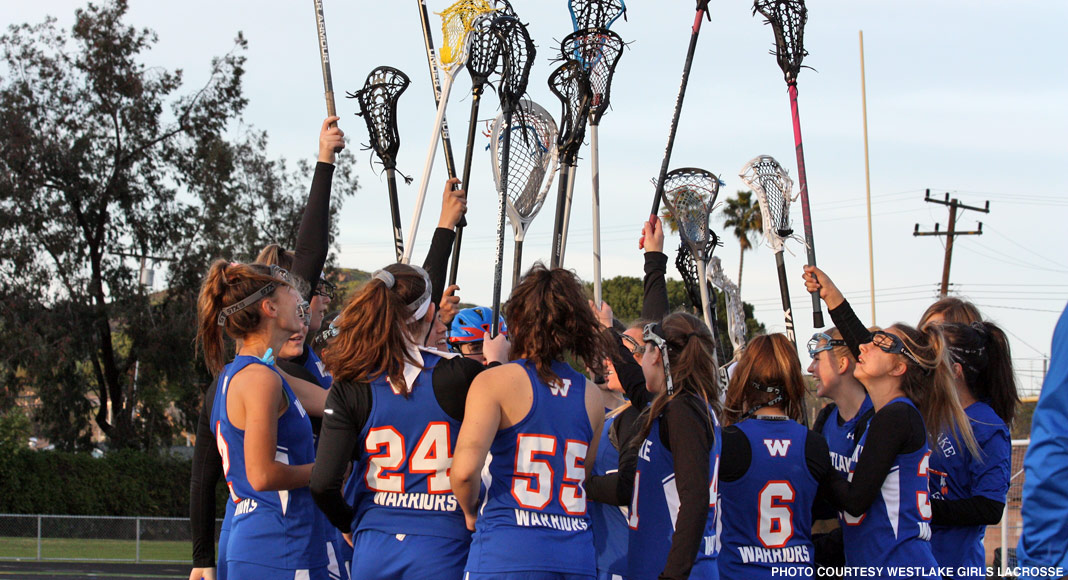 Third-ranked Westlake survived the injury loss of Claire Moats and a spirited second-half surge by No. 10 Newbury Park to beat the host Panthers 12-9 in a Marmonte League game Friday.

Coming out of halftime with Westlake leading 7-4, Moats, the Warriors’ leader in draws and goals, went out with a shoulder injury with 22 minutes to play. But Kailee Follette scored back-to-back goals after Moats’ injury, increasing Westlake’s lead to 9-4.

Newbury Park — which lost star Maile Kuo to injury only a few minutes into the game — outscored Westlake the rest of the way, pulling within three at 10-7 with 10 minutes left and again at 11-8 with five minutes left.

But the Warriors (8-1) maintained their cushion and held on to win behind a defense led by Bethany Reader and Catherine Xu. Goalie Rachel Blanton made eight saves.

Westlake takes the field again Wednesday for a nonleague home game against No. 7 Crescenta Valley, then plays at No. 13 Oaks Christian in a Marmonte League game Friday. The Panthers (2-1) have Marmonte games at La Reina on Wednesday and at Thousand Oaks on Friday.

Information and photo for this report was contributed by Westlake Girls Lacrosse and culled from @VCSpreps on Twitter.