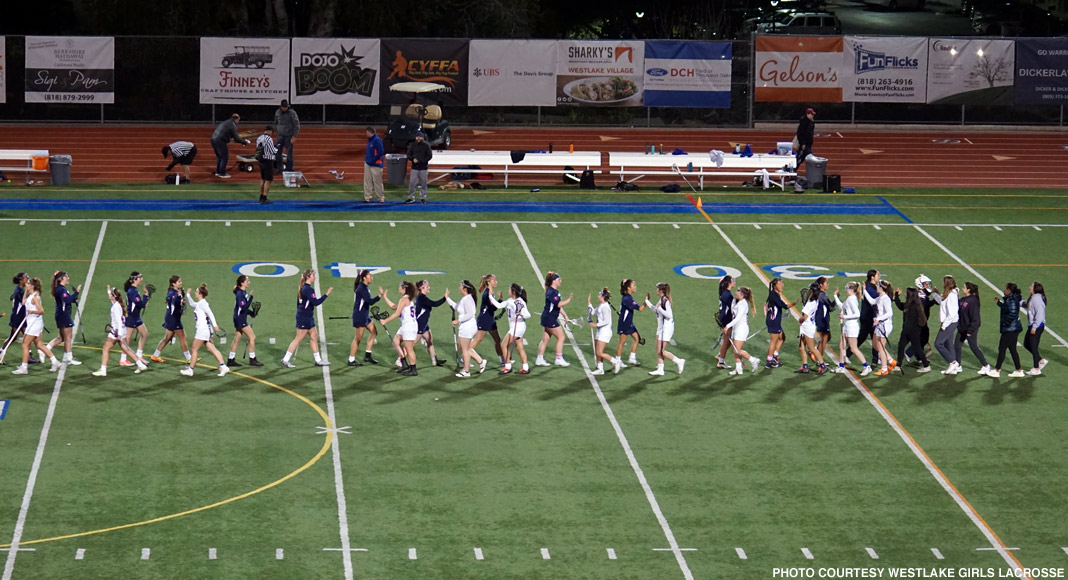 Last spring, West Ranch ended Westlake’s season with a one-goal upset in the LA championship playoffs. With that fueling their performance, the second-ranked Warriors came out strong and didn’t look back, scoring 12 goals in the first half of a 19-7 victory over the No. 5 Wildcats.

Despite the Westlake offensive onslaught, West Ranch fought the entire game. Led by the work of Bella Gervasi on the draw and her contributions on offense. Gervasi finished with five goals for the Wildcats, and senior Hope Jin scored two.

“I am incredibly proud of the way every single player contributed tonight,” Westlake coach Lyndsey Munoz said. “It was absolutely a team win, and every single player took something from the game to continue improving. Constant learning and growth is the only thing we’re after moving forward.”

The Westlake defense was anchored by defenders Naomi Slyvester and Bethany Reader with two ground balls each, and goalie Rachel Blanton finished with four saves and one caused turnover from an interception in the second half.

West Ranch has a break in game play until March 30, when the Wildcats take on La Reina at home. Westlake has a quick turnaround this week, opening league play Friday night at undefeated Newbury Park at 6:30 p.m.

Information and photo for this report were contributed by Westlake Girls Lacrosse.