No. 3 Westlake Cruises to 11-7 Opening Win at Chaminade 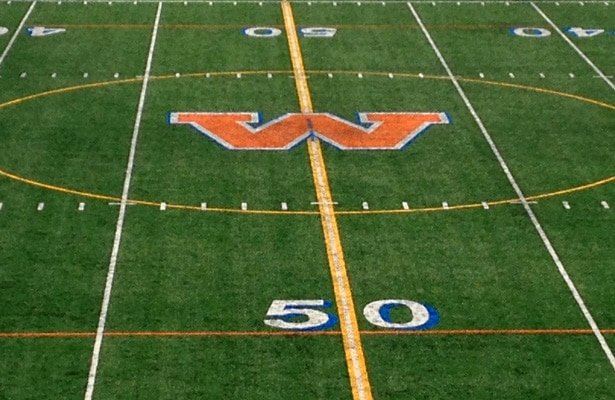 Preseason No. 3 Westlake dominated possession time behind junior faceoff middie Kit Stoddard — who helped the Warriors win 15 of 19 draws — and cruised to an 11-7 win over No. 12 Chaminade on Thursday.

Senior attack Brett Reilly scored all four of his goals in the first two quarters as the Warriors built a 7-2 halftime lead. Senior middie Jacob Mannisto scored both of his in the third period, when Westlake (1-0) stretched its lead to 10-4.

But Stoddard’s ability to win possession at the faceoff dot — and a 23-13 edge in ground balls combined with 34 Chaminade turnovers — kept the ball in the Westlake end much of the game. The Warriors amassed 37 shots, putting 18 of them on cage. Chaminade senior goalie Peter Manfredonia was credited with seven saves.

Westlake junior goalie Matt Kilkeary, on the other hand, faced only 19 shots — seven in the fourth quarter, with the game in hand. Chaminade scored three times in that final period, two by Kalkwarf.

“This was a fantastic early season test for us,” Chaminade coach Steve Lane said via email. “[It] exposed a lot of weakness we need to clean up. That said, we only lost by four and won the second half [5-4], all that with 34 turnovers and close to 10 minutes in the penalty box says a lot about the potential of our team.”

Chaminade actually had 6:30 worth of penalties, giving Westlake plenty of man-up opportunities, but the Warriors scored only one goal with the extra man. They even came up empty during a three-minute, non-releasable Chaminade penalty in the first quarter for an illegal stick.