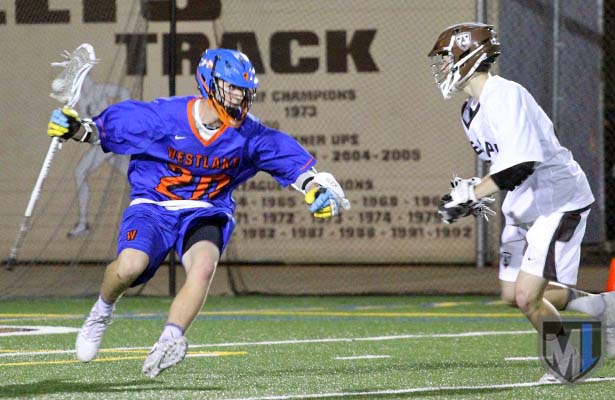 The Warriors, fresh off Monday’s upset of preseason No. 1 Palos Verdes led 6-1 after one quarter and 11-2 at halftime. The Warriors’ defense limited the Celts to one goal in each of the first three quarters.

Junior Kitt Stoddard had a lot to do with that, as well, winning 17 of 24 draws to keep the ball in Westlake’s offensive end. And the offense warmed up quickly, moving the ball crisply and finding open cutters who finished with ease against a Crespi defense that had few answers. Thirteen of the Warriors’ 18 goals were assisted.

When Cohen scored on a feed from Bliss at the 7:39 mark of the third quarter, Westlake’s lead grew to 14-2 and triggered a running clock.

Westlake (3-0) plays host to No. 4 Harvard Westlake on Friday before heading into Marmonte League play next week. Crespi (0-4) travels to Loyola on Saturday to open Mission League play against the defending champion Cubs, who lost 10-3 at Orange County preseason No. 2 Foothill on Wednesday.