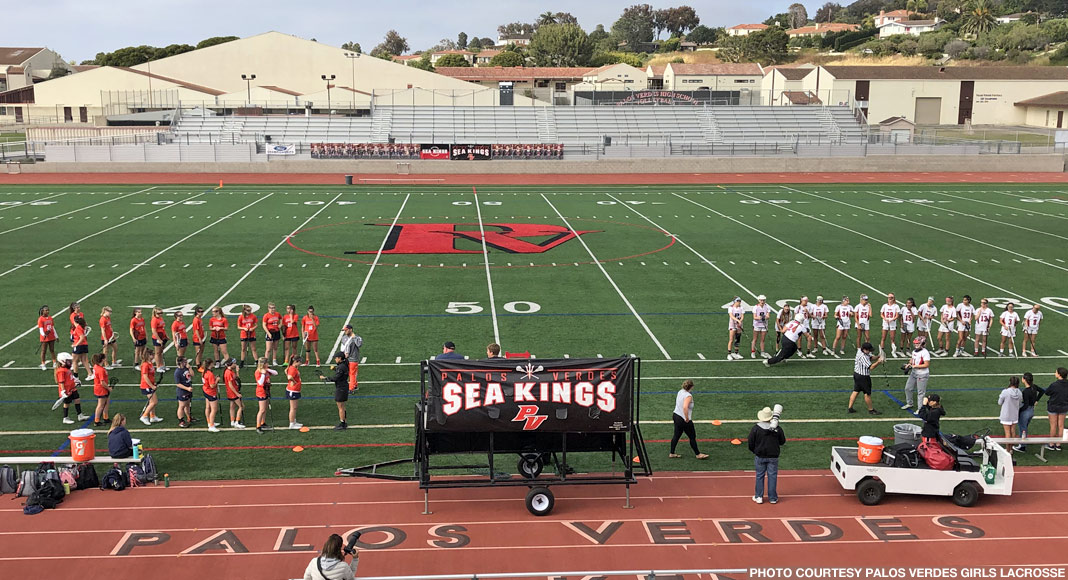 The Sea Kings (12-3) advance to Saturday’s semifinals at Culver City HS, where they’ll meet No. 2 Westlake — a 21-12 winner over Newbury Park — for the second time this season. Westlake won the first meeting at home, 21-17. Word of advice to the Culver City scoreboard operator: Hydrate.

Thursday, the Sea Kings displayed the depth of their scoring options, getting three-plus goals from four different players and recording assists on 10 of 17 goals.

Sisters Brooklyn Merchant (3g, 3a) and Abbie Merchant (4g, 1a) led the way, with major contributions from Kelly Hoyt (3g and 10 draw controls) and freshmen Harper Skeie (2g, 3a) and Zoe Dearborn (3g). McKenzie Olsen (1g, 2a) and Ainsley Basic (1g) found the net, as well.

Chaminade was able to stay with the Sea Kings in the early going, trailing only 4-2 seven minutes into the contest, but over the next nine minutes the game began to slip away. PV led 7-3 with nine minutes left in the half and 11-3 at the break.