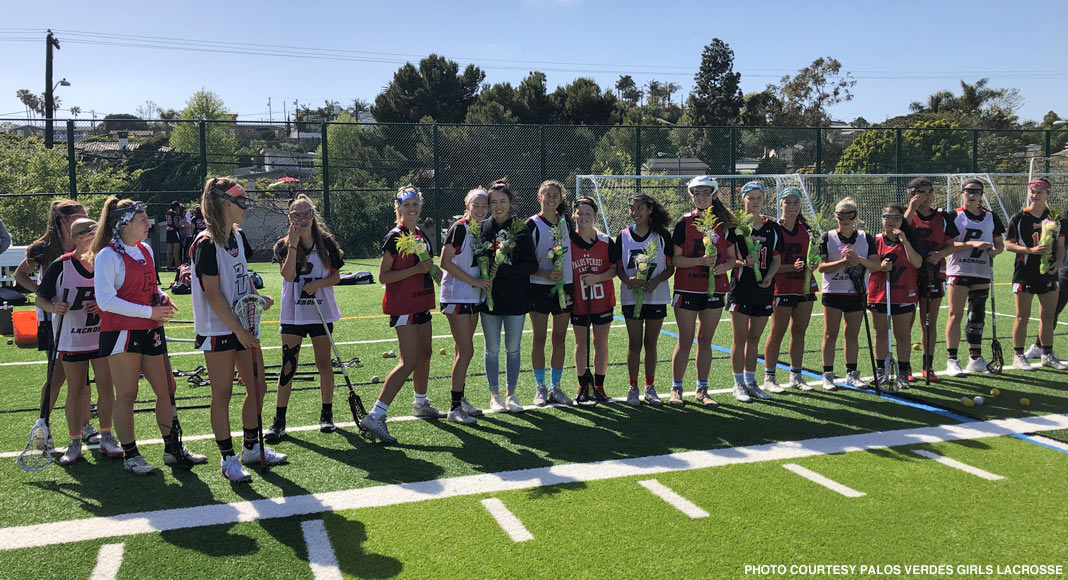 After three consecutive losses to three of the top teams in the Southern Section, the third-ranked Palos Verdes girls got back on track Wednesday with a 21-6 win at No. 14 Mira Costa in a Bay League contest.

The Sea Kings (7-3) had lost to No. 1 Redondo Union, No. 2 Westlake and OC No.1 Foothill in its three previous games and hadn’t posted a victory since March 25 at Westview (San Diego).

Freshman Harper Skeie (1g, 2a) sparked Palos Verdes early by winning the opening draw, which led to a goal from fellow freshman Zoe Dearborn (1g) less than 30 seconds into the game. In all, Skeie controlled 10 draws and forced two turnovers.

Palos Verdes finishes its regular season with back-to-back-to-back home games against No. 22 Peninsula on Friday, Poway (San Diego) on Saturday and No. 23 Culver City on Monday.

Mira Costa (5-8) plays at Culver City today and at Redondo Union on Friday.

Information and photo for this reports contributed by Palos Verdes Girls Lacrosse.