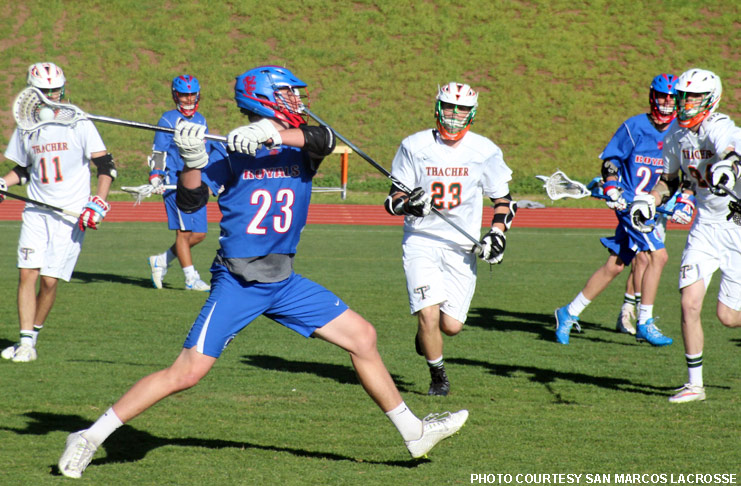 San Marcos of Santa Barbara, which entered the coaches poll at No. 20 this week, trailed host Thacher by two in the early going Thursday but quickly found its stride at both ends of the field, locking down defensively and racing to a 10-3 halftime lead and a 20-7 victory.

The Royals (7-1) have won six in a row after an 11-6 opening loss to No. 8 Oaks Christian. Coach Lehman said that one was a one or two goal game througout until a late, nonreleasable penalty enabled the visiting Lions to tack on a couple of insurance goals.

The Royals are off for nearly two weeks before visiting Cate School on April 4.