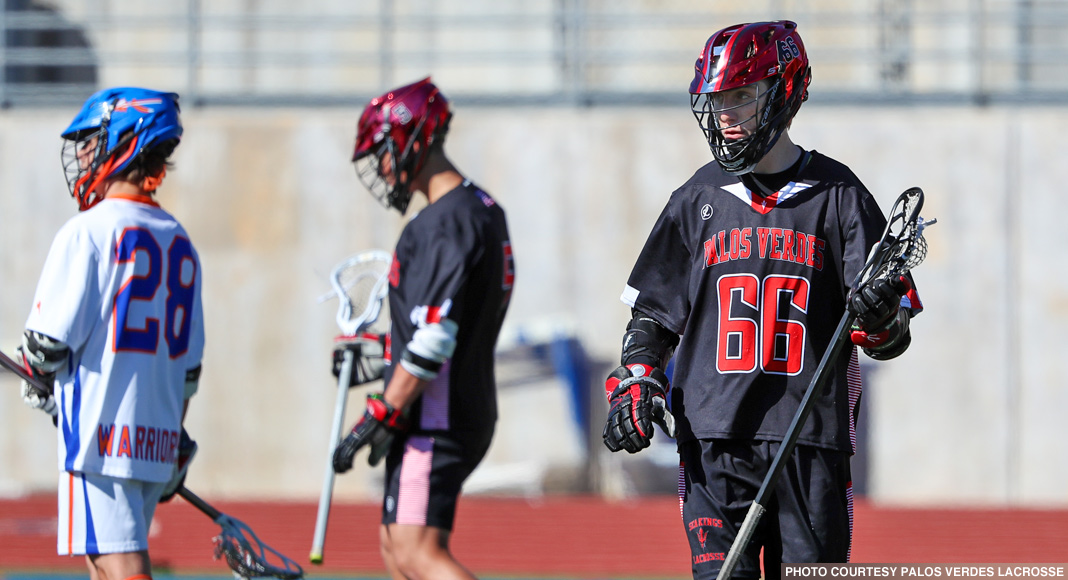 Junior Luc Charbonnier scored three of his six goals in the first quarter Friday — and assisted on another — as No. 2 Palos Verdes raced out to a 6-0 lead early in the second period and routed host No. 8 Westlake 17-3.

The Sea Kings improved to 6-0 with their second victory this week over a Top 10 opponent. They beat No. 9 Sierra Canyon 10-3 on Wednesday. Westlake dropped to 3-2 with wins over ranked teams Crespi, Chaminade and Oak Park and losses to Agoura and PV.

Friday, Charbonnier and the Sea Kings’ offense came out red hot. Charbonnier scored on an assist from Michael Nagy just two minutes into the game, then assisted Landon Smith three minutes later. He scored again on a feed from Brad Sharp with two minutes left in the quarter, then added an unassisted goal in the final 30 seconds of the frame.

The onslaught continued in the second quarter as PV built an 11-1 halftime lead and built it to 15-1 entering the fourth quarter.

Palos Verdes has a big week ahead, traveling Tuesday to take on La Costa Canyon, ranked No. 4 in the West by Inside Lacrosse, then back-to-back home games against No. 6 Agoura on Wednesday and No. 5 Chaminade on Friday.

Westlake faces another test Wednesday when it travels to Orange County to take on Foothill before opening Marmonte League play Friday at home against Newbury Park.