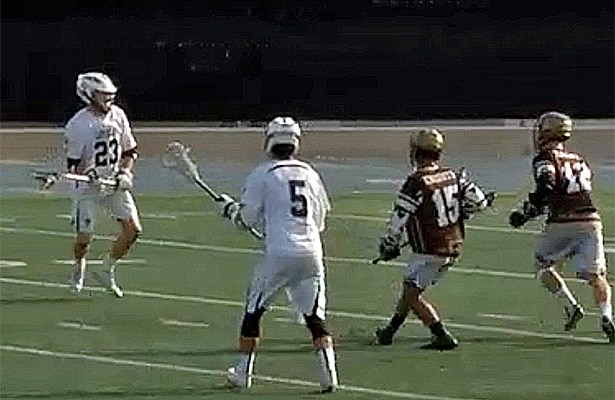 Junior middie Emmett Reilly scored just 45 seconds into Tuesday’s first-round playoff game, and No. 2 Loyola was off and running in a 21-2 rout of No. 15 St. Francis. It was the third time this season the Cubs have beaten fellow Mission League school.

The Golden Knights (9-9) were making the school’s first playoff appearance in four years of playing lacrosse.

Loyola (16-4) advances to a second-round game Thursday at home against No. 7 Oaks Christian, which beat Thacher 12-7 on Tuesday.

Thirteen different Cubs scored against St. Francis. Loyola led 10-0 after one quarter and 15-0 at halftime.

St. Francis finally got on the board early in the fourth quarter on a goal from senior Evan Swayne. The Golden Knights scored again with four seconds remaining.