No. 2 Loyola Cruises Past Oaks and Into Semifinals 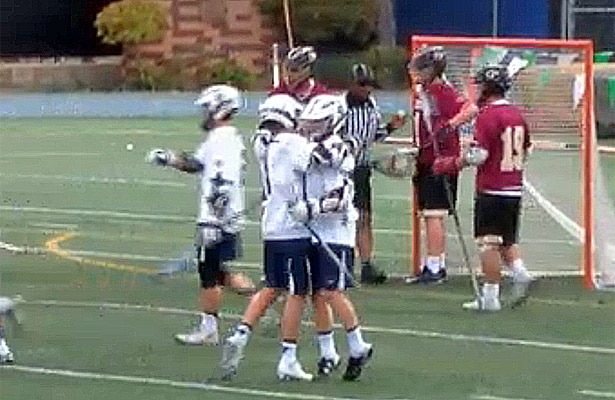 Loyola advanced to Saturday’s semifinals at Glendale HS, where it will play Mission League compatriot Harvard Westlake for the third time this season. The Cubs have beaten the Wolverines twice, 10-5 and 12-6.

Thursday, Oaks Christian got on the board first, but the Cubs put together two separate four-goal runs in the first half in building an 11-5 advantage at the break. Oaks scored first to open the second half, making it 11-6, but Loyola rattled off six more unanswered goals to put the game out of reach at 17-7 entering the fourth quarter.

Smith had three assists to go with his five goals, and O’Hanlon had one assist. Juniors Jonathan Partamian (2g) and Ryder Mora (2g, 1a) and seniors Max Neblina (2g) and JP Hatch (2g, 1a) also contributed multiple points. Dominick Trageser, Garrett Smith and Emmett Reilly each scored one goal, and Patrick Casani had an assist.