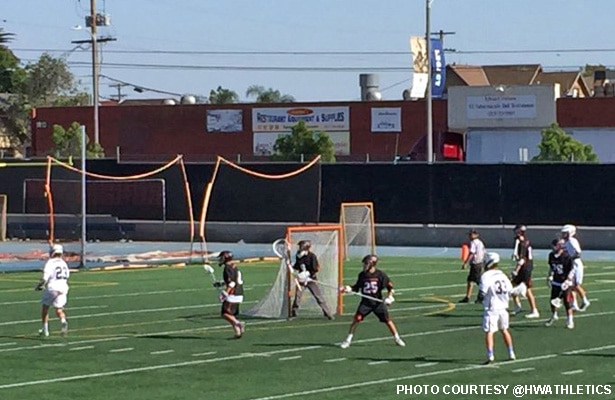 No. 2 Loyola took another step toward a second-consecutive Mission League championship Friday, racing out to an 11-2 lead and defeating visiting No. 3 Harvard Westlake 12-6. All that is standing between the Cubs (12-3, 6-0) and another undefeated league season are games at No. 16 St. Francis on Tuesday and vs. No. 6 Chaminade on April 29.

Between those two games, though, Loyola will go on the road for two more stiff tests — at Torrey Pines (San Diego) next Saturday and at J Serra Catholic (Orange County) on April 26 — as a tune-up for the playoffs.

Friday, the Cubs wasted little time in setting the tone against Harvard Westlake (9-3, 3-2), jumping out to a 4-0 lead behind four different goal-scorers. Jonathan Partamian, who would finish with three goals, scored first, assisted by Henry Hasenberg, followed by a goal from sophomore face-off middie Aidan Hesse directly off the draw. Mason O’Hanlon scored the first of his two goals, then senior Sean Smith fed Hasenberg for a score, all before the Wolverines got on the board.

After Harvard Westlake made it 4-1, Partamian, assisted by Wes Priestly, and O’Hanlon each answered, pushing Loyola’s lead to 6-1 before the Wolverines scored again.

Five consecutive Loyola goals followed, essentially putting the game out of reach at 11-2. The Wolverines scored four in a row to make the final score look reasonable.