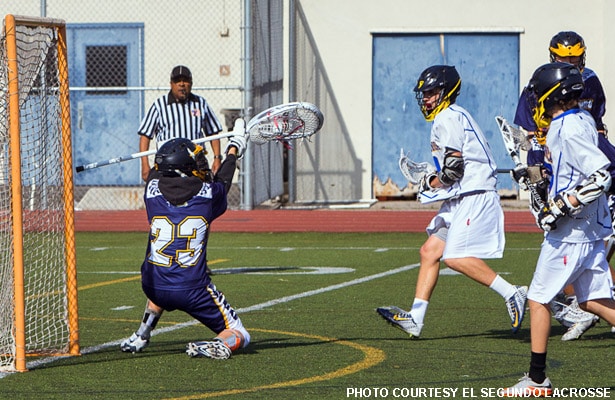 El Segundo junior goalie Alex Nolan made 13 saves Friday, five of them during a furious fourth-quarter Santa Monica rally, to help the host Eagles hold off the Vikings 10-8 in an Ocean League contest.

El Segundo jumped out to a 4-1 lead after one quarter and was up 6-3 at halftime. The Eagles had stretched the margin to four at 8-4 entering the final period, but the Vikings rallied, scoring three goals during a two-minute, non-releasable slashing penalty against El Segundo.