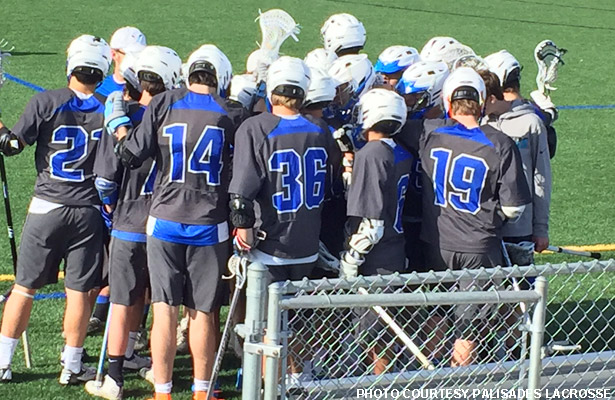 No. 17 Palisades overcame an early 3-1 deficit Monday at No. 20 Culver City and went on to post an 8-6 nonleague victory in windy conditions that made moving the ball cleanly a struggle for both teams.

Sophomore attack Macchio Rissone scored two goals and had three assists for the Dolphins, who had recovered from the early deficit to forge a 5-5 tie at halftime. Freshman middie Jack O’Rourke contributed two goals for Palisades, which managed to hold the Centaurs to only one goal in the second half.

Palisades (11-2) won its second game in a row and third out of four consecutive road games. The Dolphins finish the season with home games against Birmingham (7-5) on Friday and No. 19 Brentwood (10-6) on Saturday. Palisades has beaten each of those teams previously, winning 7-5 at Brentwood and 20-7 at Birmingham.

Culver City (9-5) lost for the first time in four games. The Centaurs travel to Encino to face Crespi (1-13) in a nonleague game on Wednesday before finishing the regular season at No. 18 El Segundo (9-4) in an Ocean League game Friday. El Segundo beat Culver 18-7 the first time the teams met. Another Eagles win will clinch the league title outright, but the Centaurs can clinch a share of the title with a win.