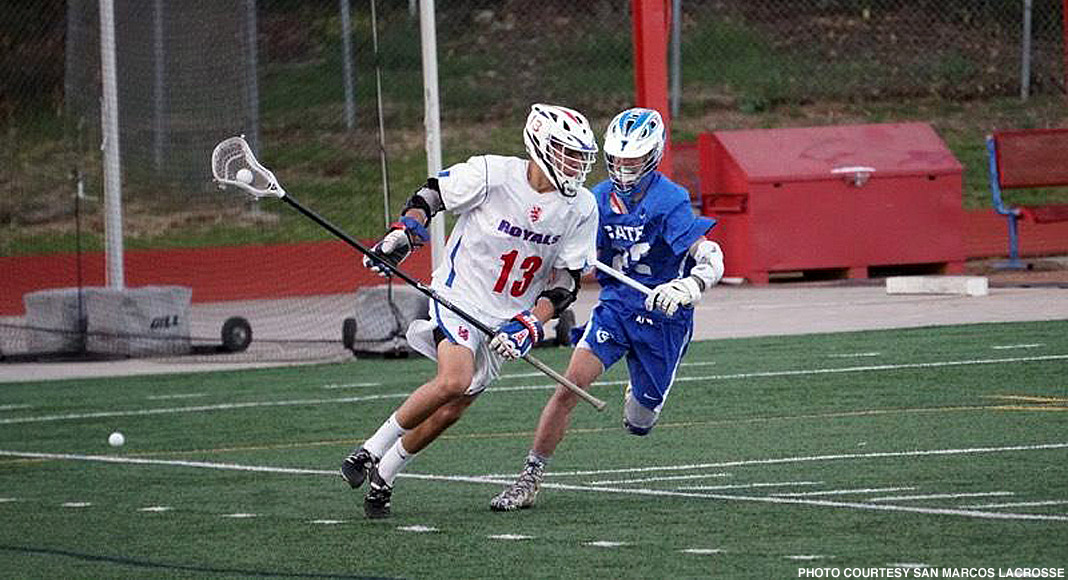 The 16th-ranked San Marcos Royals defeated Cate 13-1 in a Channel League game on Thursday and head into their spring break with a 4-0 overall record and a 2-0 mark in league play.

The Royals started the game on a tear and never looked back, with a balanced team offense producing nine different goal scorers and assists from six players. Ryan Lehman (3g, 1a) led the offensive assault, and Michael Palmer (2g, 1a), Eric Wolf (2g, 1a) and Hart Tiller (1g, 2a) each had three-point games.

The defense limited Cate’s opportunities, and Isaac Briner (pictured), who was awarded the player of the game Tuesday against Dos Pueblos, continued with great defense and also scored a goal.

San Marcos returns to the field April 2 with a home game against Thacher.