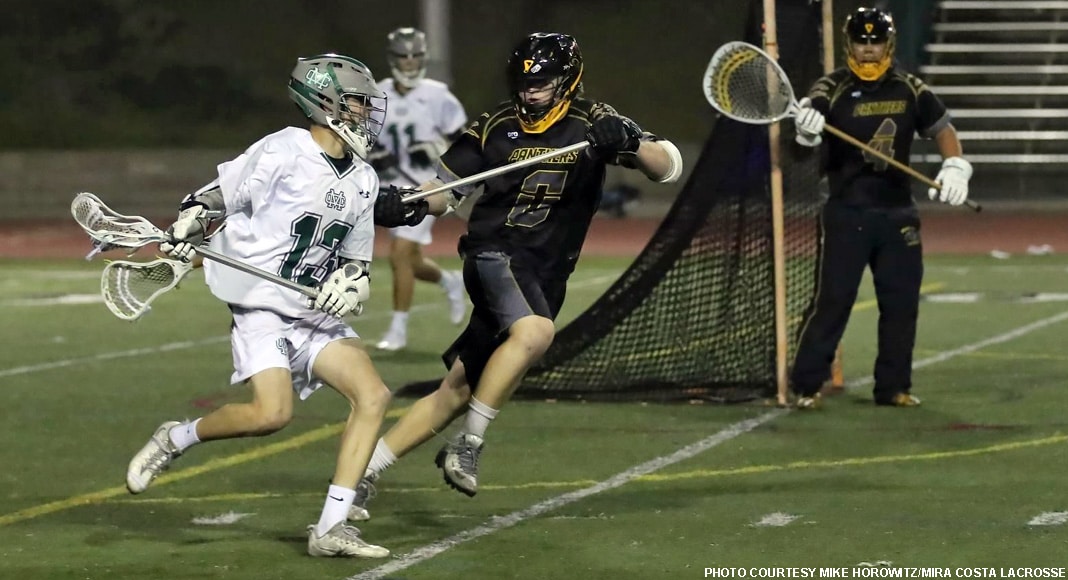 Host Mira Costa, ranked No. 13 in the coaches poll, overcame a 2-1 first-quarter deficit and benefitted from seven extra-man opportunities in grinding out a 9-6 win over No. 10 Newbury Park.

The Mustangs were held scoreless until 16 seconds remained in the first period, but Connor Barnes scored on an assist from Ryan Beste to pull them within 2-1. Newbury scored again early in the second period to take a 3-1 lead, but Mira Costa rattled off goals from Max Geoghegan, Lucas Menendez and Barnes to go into halftime leading 4-3.

The Panthers tied it 4-4 early in the third period, but Geoghegan and Jacob Fernandez scored to give the Mustangs a two-goal lead heading to the fourth quarter. Newbury again scored first in the fourth period, making it 6-5 in favor of Mira Costa, but a goal from Josh Murayama and two from Menendez made it 9-5 with 3:15 to play.

Mira Costa improved to 3-2 and next plays at home against St. John Bosco on Wednesday. Newbury Park fell to 1-1 after opening with a win over Royal on Wednesday. The Panthers open Marmonte League play Wednesday at Agoura.