No. 12 Trailblazers Take Down No. 6 Newbury in OT 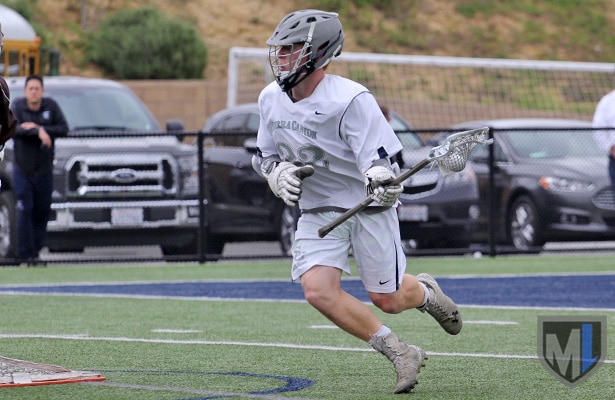 Junior attack Miles Rosberg scored on an unassisted dodge from X in overtime Monday night, lifting No. 12 Sierra Canyon to a 15-14 victory over visiting No. 6 Newbury Park, the latest signature victory in what has become a breakout season for the fourth-year program.

The Trailblazers (4-1) have now beaten Crespi and St. Francis from the Mission League and Newbury Park from the Marmonte League. Sierra Canyon didn’t play any Mission, Marmonte or Bay League teams in going 13-4 overall last year. Less than a month into this season, though, the Blazers are proving to be up to the challenge of a tougher nonleague schedule.

Monday, the score was tied 11-11 late in the third period, but Newbury Park surged in front 14-12 with five minutes to play. The Trailblazers rallied to tie with 2:30 left, and the game went to overtime.

For the Panthers (5-2), the loss was their second close defeat in a row, coming off an 11-9 loss to No. 3 Westlake on Friday. And that game followed a 5-4 overtime win over Oaks Christian on Wednesday.

That was the most fun/intense/hard fought game I have ever played in. Couldn't be happier with the way @SierraCanyonLAX has grown @MaxLaxLA