No. 12 Mira Costa Knocks Off No. 7 Peninsula in OT 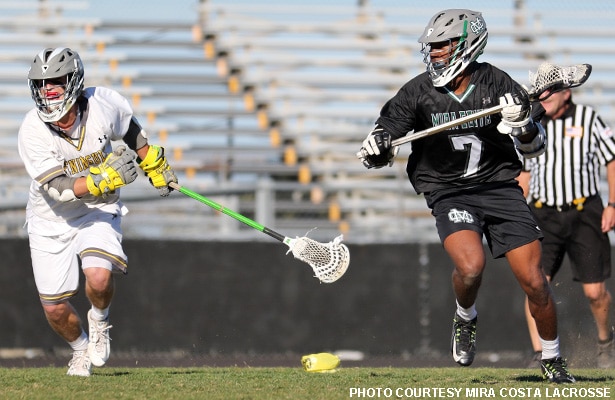 Mira Costa (10-3, 1-0) was ranked No. 6 in the preseason coaches poll but had a couple of key players injured. A season-opening loss to Santiago promptly dropped the Mustangs to No. 10 in the second week of the poll, and they since slipped to No. 12, despite getting healthy and posting a five-game winning streak entering this week.

Tuesday, goalie John Van Sickle made 14 saves — 11 in the first half while the Mustangs struggled to hold possession and generate much offense. That kept them in the game, and n the end, four Costa players finished with two goals each: Bonner, Zane Crandall, Chad Coons and Tyler Maruyama. Ryan Gustafson scored one.