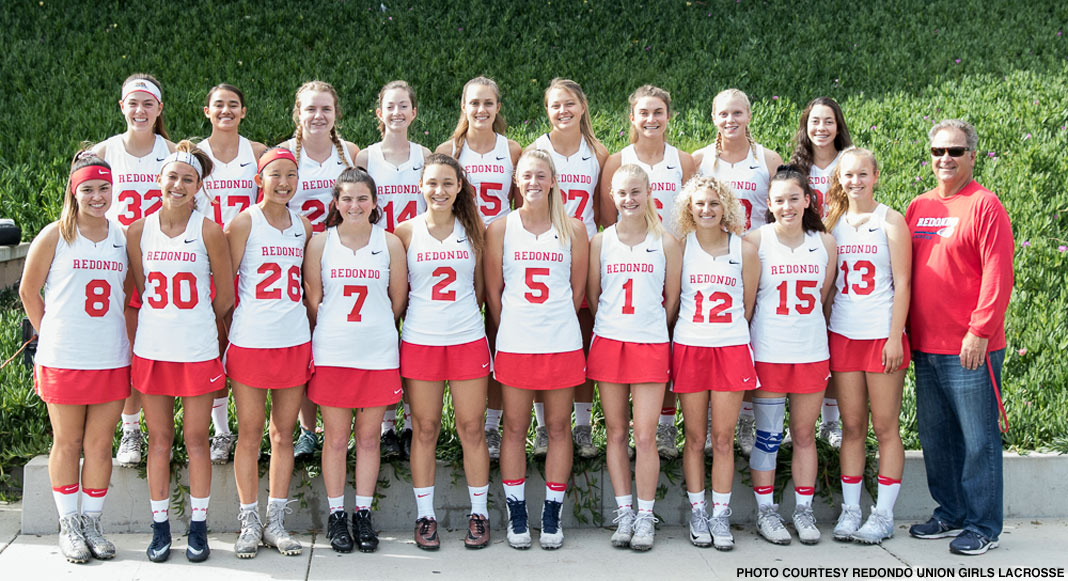 Top-ranked Redondo Union ran it’s winning streak to 10 games Tuesday with a 17-10 win over visiting No 16 Marlborough. The Sea Hawks haven’t lost since falling to league-rival Palos Verdes on March 13, and all but one of Redondo’s 10 consecutive wins have been by more than five goals.

Tuesday, Marlborough stayed close in the early going and even led 4-2 about 10 minutes in. But Redondo scored four goals in 90 seconds to take the lead for good at 6-4. Jordan Davis scored two of those quick goals and had three overall before leaving the game with a back issue.

Addy Bass led Redondo with 5 goals, and Hanniff had 4 goals and an assist. Brooke Tokushige (3g, 1a), Emma Hodges (2g, 3a) and Davis (3g) rounded out the Sea Hawks’ scoring.

The defense once again was solid for Redondo, with Tatum Davis anchoring the defense in goal with 8 saves in the second half.

Redondo is now 13-1 and plays undefeated OC No. 1 Foothill (14-0) Wednesday at home before completing its regular season with a nonleague game at El Segundo on Friday. Marlborough (5-8) wraps up its regular season Friday at No. 20 Culver City.