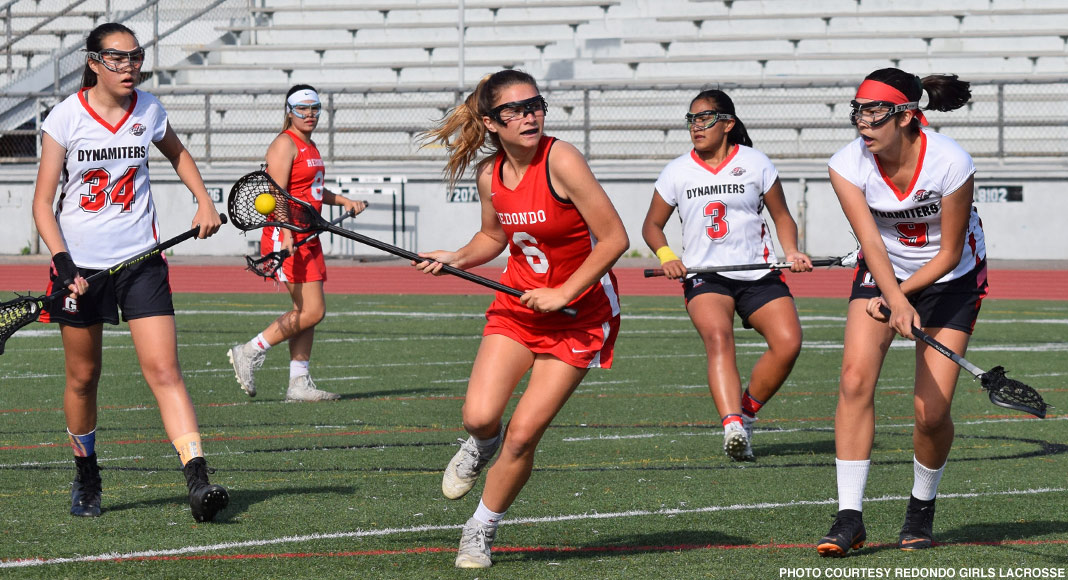 Senior Addy Bass scored the game-clinching goal with 1:30 left Tuesday to end a spirited second-half by No. 4 Glendale and seal No. 2 Redondo Union’s 11-8 victory.

The Dynamiters had trailed 9-4 at halftime but held Redondo (8-1) scoreless for the first 19 minutes of the second half behind the stellar work of goalkeeper Lili Barker. Glendale chipped away at the Sea Hawks’ lead in that span, getting two goals from Xcaret Salvador and one from Rachel Fong, her fourth of the game, to pull within 9-7 with 13 minutes to play.

The score stayed that way for another seven minutes until Redondo’s Caitlin Hanniff broke her team’s long drought with a goal to make it 10-7 with six minutes left.

Glendale kept the pressure on, though, and Zoe Charum pulled Glendale back within two at 10-8 with three minutes left. Redondo’s lead stayed at two until Bass scored her fourth of the game with 1:30 left for the final margin.

Fong (4g, 1a) and Salvador (2g) led the Dynamiters (7-2), and Aaliyah Eudabe and Zoe Charum scored one goal each. Barker was fantastic in goal with 11 saves.

The first half was a back-and-forth battle, with Tokushige giving Redondo the early lead and Glendale tying it a minute later on Fong’s first. The Sea Hawks ran off four in a row, with goals from four different players, to open up a 5-1 advantage. After the teams traded goals to make 6-2, Eudabe and Fong scored to pull Glendale back within 6-4. Hodges scored back-to-back goals in the final 38 seconds of the half to give gave Redondo some breathing room at 9-4 going into the break.

Redondo now prepares to face No. 1 Palos Verdes for the second time on Friday, this time at home. The Sea Kings beat Redondo 10-8 when the teams met for the first time two weeks ago.