No. 1 Palos Verdes Advances with 19-2 Victory 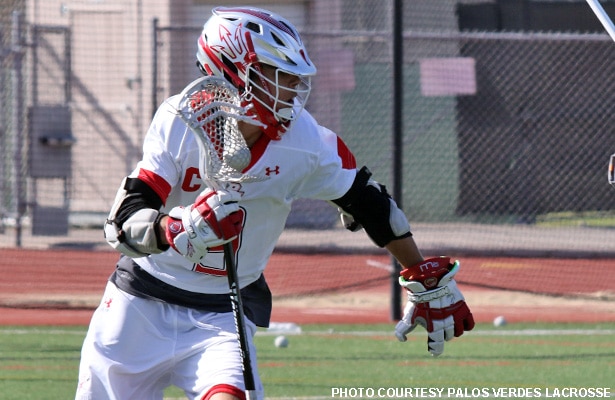 Standing between the Sea Kings (18-2) and another trip to the LA title game is Westlake, the only LA-area team to have beaten Palos Verdes this season. No. 4 Westlake (14-4) advanced Thursday with a 16-6 win over No. 12 Peninsula. The Warriors beat the Sea Kings 9-8 at home on March 7. They will meet again in Saturday’s semifinals at Glendale HS (7 p.m.).

Thursday, Palos Verdes took a 7-2 lead after one quarter and didn’t allow another goal the rest of the way. It was 12-2 at halftime. The Sea Kings’ defense is allowing only four goals per game this season. In their last six games, they have averaged two goals against per game. They were credited with 17 caused-turnovers against the Lancers, four by senior LSM/D Jarrett Jones.