No. 1 Mater Dei Pulls Away from No. 6 Newport Harbor 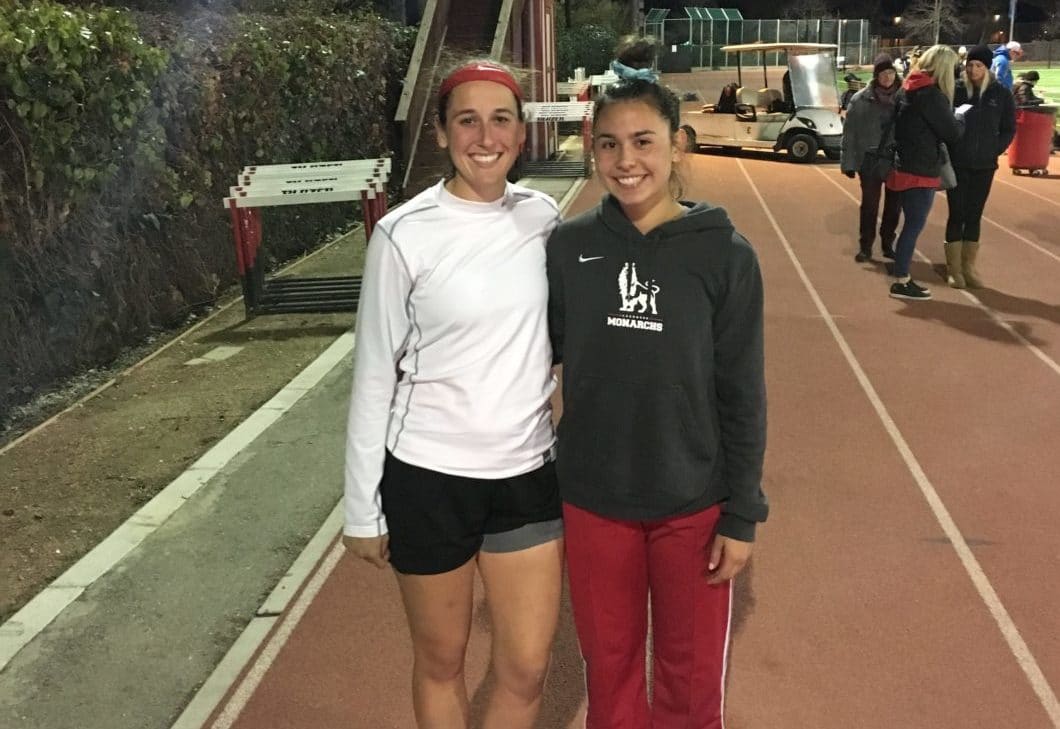 Santa Ana – One girls’ lacrosse team began a new era on Tuesday while another began its defense for another Southern Section title. The Brooke Martini era began for the No. 6 Newport Harbor’s girls’ lacrosse team with a formidable challenge, an away game in cold brisk weather against  No. 1 Mater Dei, the two-time Southern Section champions.  Mater Dei has not lost to an Orange County opponent since 2015.

In a match-up that was the season opener for both teams, the Monarchs looked worthy of their no. 1 status, as they beat the Sailors 17-7 at Mater Dei High School.

Mater Dei wasted no time in beginning its title defense by scoring the first five goals of the game, which forced Martini to take a timeout for the Sailors.

The Sailors regrouped during the timeout and got their first goal at the 10:32 mark of the first half thanks to Mariana Miller. After that goal, the Sailors continued to pressure the Monarchs and only trailed 6-4 at halftime. The Sailors almost cut the lead to one, as they won the draw control after their fourth goal and got off a decent shot in the waning seconds of the first half, but it wound up falling short.

Newport Harbor carried their momentum into the second half, and Adena Rothbard scored two quick goals to tie the game at 6-6 at the 22:14 mark.

The Monarchs responded by winning the next four draw controls, which led to four straight goals, and 10-6 Monarchs lead.  The Sailors, got no closer than five goals after that, as the Monarchs outscored the Sailors 11-1 to take full control of the game.

After the game, Mater Dei coach Cressita Bowman seemed a little surprised that her team outscored the Sailors 11-1 to close out the game, and said that she expects the Sailors to be a top 10 team come playoff time.

Sydney Payne and Tess Keiser (pictured above) paced the Monarchs with five goals apiece while Georgia Glowaki was right behind them with four. Gianna Danese and  Peyton Smith rounded out the  Mater Dei scoring.  Bailey Burden and Lily Molkara combined for 11 saves.

Rothbard led the Sailors with four goals while Caroline Farley had two. Miller had one goal for the Sailors, who got a solid game from freshman goalie Willa Rath, who had eight saves.

“Our goal was to keep it close. We lost momentum when they came down and started ripping it away from us, and that’s something we need to work on,” Martini said.