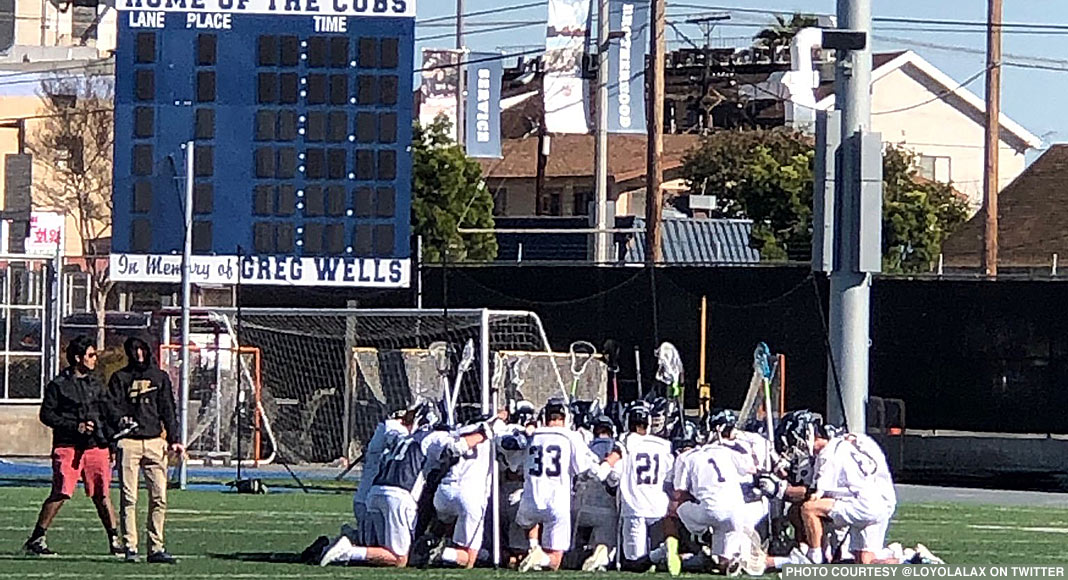 Top-ranked Loyola, ranked No. 9 in the West Region by Inside Lacrosse, annually plays one of the toughest schedules of any team in the Southern Section. Thursday, the Cubs dropped a 12-7 decision to St. Ignatius of San Francisco, the No. 6 team in the West, according to IL. Last weekend, Loyola lost 13-8 at West No. 1 Torrey Pines.

Thursday, the Cubs were within 5-4 midway through the second period, but St. Ignatius scored twice in the last three minutes of the quarter to take a 7-4 lead at the half. After Loyola pulled within 7-5 early in the third period, the Wildcats scored three unanswered goals to take a 10-5 lead into the fourth quarter.

Owen Gaffney led the Cubs with two goals and an assist. Senior Speed Fry had a goal and two assists, and Alex Horowitz, Kaiser Fry and Matt Garvey each scored once.

Things don’t get any easier for the Cubs, who travel to take on St. Margaret’s on Saturday in a rematch of last year’s section title game.