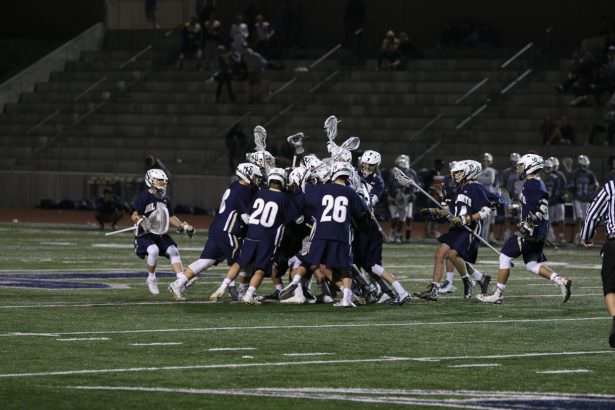 San Marcos rattled off 3 straight goals in the 3rd & 4th quarter, taking a 1 goal lead late in the 4th Quarter.  Craig Zeigler won the ensuing face-off and found an open lane to tie the score at 5 seconds later.

After a scoreless first overtime period, Zeigler & Tyler Chambers won the opening draw of the 2nd overtime period.  After a quick timeout, Yohner dodged hard to his right and fed Rafie on the far side of the crease for the game winner.

Tyler Chambers had a monster game with 6 ground balls and 3 caused turnovers, while Zeigler won 10 of 13 face-offs to go along with his game-tying goal.